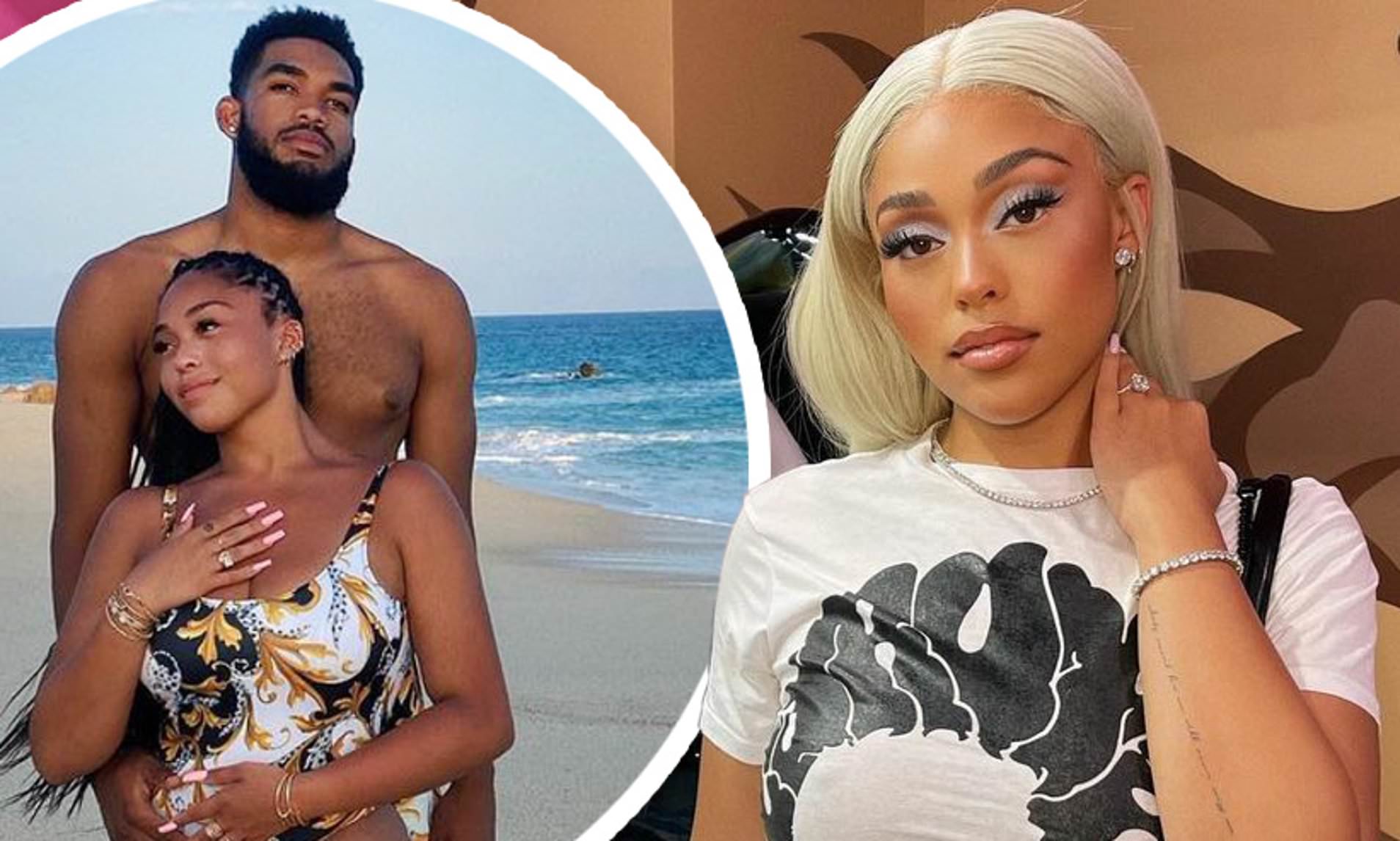 GOT CHA! Jordyn was just pulling a move she learned from Kris Jenner & Co. Even though the ring was on *that* finger, Jordyn’s mom denies the claims.

On Thursday, folks thought Jordyn Woods may have found herself in a “situation” of her own. Woods pulled a definite Kardashian move when she got fans talking by posting
a photo of herself wearing a huge ring on that finger on Instagram. Of course, her comment section was immediately flooded with questions, with one fan asking, “Is that a ring with diamonds or a diamond ring?” Fans thought Jordyn may be in a Khloe situation of her own as this sudden “engagement” would be following all those cheating rumors with her boo Minnesota Timberwolves player Karl-Anthony Towns, just last week.

Towns jokingly commented on the photo of Jordyn in front of a massive Air Jordan shoe, writing, “Knew I was missing a shoe….” This isn’t the first time the two have sparked engagement rumors, especially when Towns essentially confirmed he’d be putting a ring on the model’s finger on Twitter. “Same haters we got now are gonna be the same ones we have when I put that ring on her finger,” he wrote on March 18th.

So I got the baddest girl in the game and you think I’m gonna waste my energy with anyone else 😂 gtfoh! Same haters we got now are gonna be the same ones we have when I put that ring on her finger 🤷🏽‍♂️

However, apparently it is not yet time as Jordyn’s mom and manager, confirmed to the folks over at TMZ that the two were not engaged and the ring was just a piece of flashy jewelry that Jordyn was asked to wear for a photoshoot. Perhaps a proper engagement will come soon, though, considering apparently Towns definitely thinks Jordyn is “the one.”

I’m going to go ahead and hope Jordyn fully looks into those cheating allegations before taking the next step with this man. Let us know your thoughts about this celeb couple in the comments.