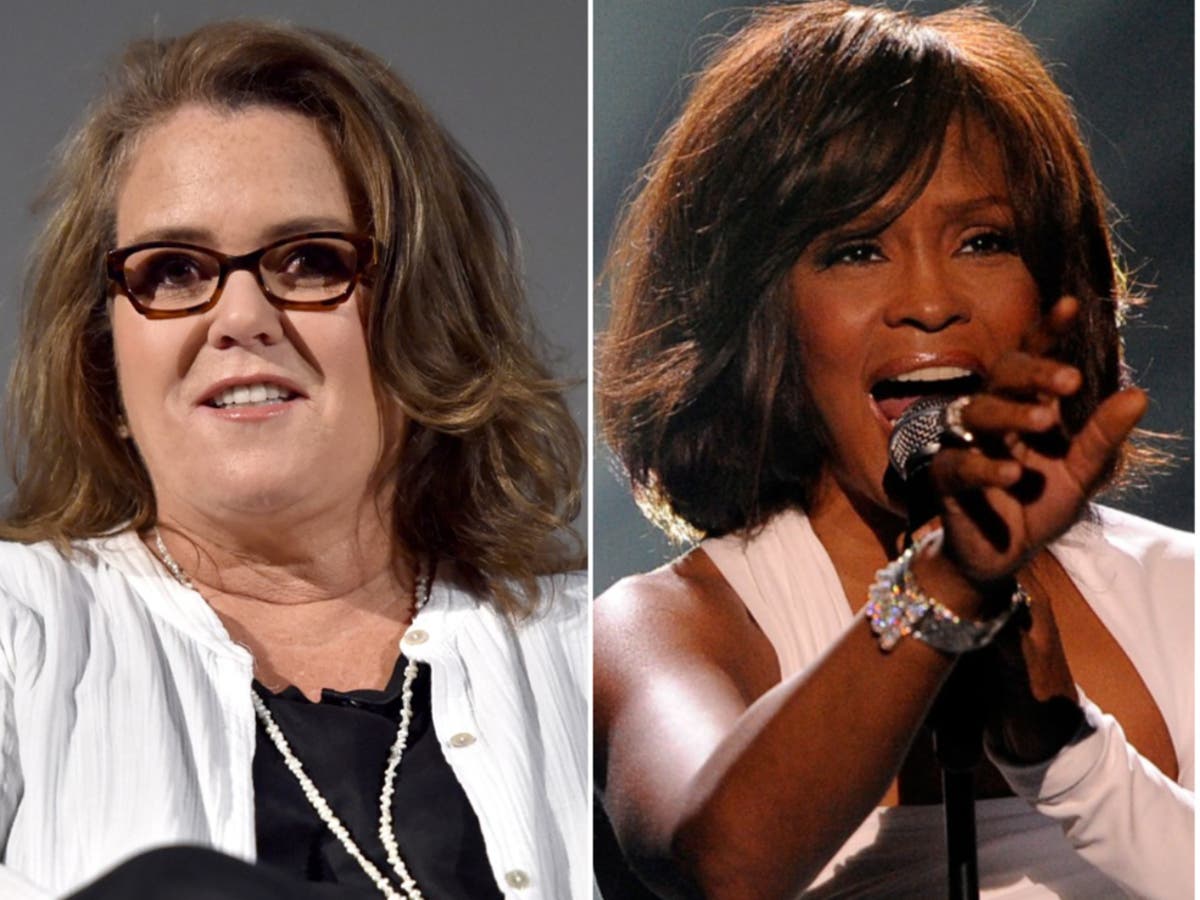 On Monday, Rosie O’Donnell joined Jess Rothschild on her podcast, “Hot Takes and Deep Dives.” The comedian discussed a number of topics during the interview, from her Emmy Award-winning show, to the late David Bowie. Among the topics, Rothschild asked about the backstory of one of the most infamous moments of The Rosie O’Donnell Show, when Whitney Houston “no-showed” after she was scheduled to do a promo for her 1997 Cinderella adaptation.

O’Donnell explained that the no-show happened because Houston was in a “downward spiral with drugs.”

“It was obvious to anyone watching her. There was a horrible, horrible performance on the AMA’s or something. Do you remember that? She was so skinny, she looked so much like an addict,” Rosie said. “And Robyn, who was her partner for a while, she had written me and told me that was a very big day for them, the crew around her, to think that they had to make inroads to try to help her, and sadly, they didn’t. Couldn’t.”

After revisiting the story, the conversation switched to Robyn Crawford, who admitted to having a relationship with Whitney Houston. O’Donnell mentioned they weren’t close friends, but they knew each other. She also spoke about knowing about Crawford’s relationship with Houston, and how it affected Houston.

“Whitney was troubled by, I think, the gay part of her life and didn’t want it exposed. It’s hard in black culture to accept gayness. It’s culturally more difficult, I think,” Rosie said. Along with the fear of not being accepted in the black community, Rosie added she also believed Whitney hid her sexuality because of growing up in a church. “The Baptist church… weighed heavily on her, growing up in the church in gospel and singing, I think that there was a lot of conflict about that.”

Some social media users thought Rosie was wrong for bringing up the relationship. “I really, really, REALLY want you all to let Whitney Houston Rest In Peace. Rosie O’ Donnell, we don’t need you speaking about her. Bye!” one Twitter user said.

I really, really, REALLY want you all to let Whitney Houston Rest In Peace.

Rosie O’ Donnell, we don’t need you speaking about her. Bye!

Do you think it was wrong of Rosie to speak about Whitney’s relationship?

Stfu @Rosie and let Whitney Houston Rest In Peace; worry about the life you still have here on earth.

Rosie just cause YOU want to lick Whitney’s box don’t mean she wanted to lick yours, mind your business ! https://t.co/K6dPiezfu1

I am so sick of people, especially white ones, like @Rosie, talking about Whitney's sexuality. You are not black, you have no experience how gayness is accepted or rejected in black cultures, and you do not have the range or license to speak on any experience besides your own.

If she was conflicted & didn’t want the world to know…a “friend” wouldn’t out her! Especially when she’s gone & cant defend herself! I haven’t heard Rosie’s name for a long time……is she looking for publicity by exposing Whitney?🙄🤔🤨

#Breaking – Rosie O'Donnell has opened up about her memories surrounding Whitney Houston.

This article was fact-checked by Oigetit ✅ pic.twitter.com/aa9ChngFVa