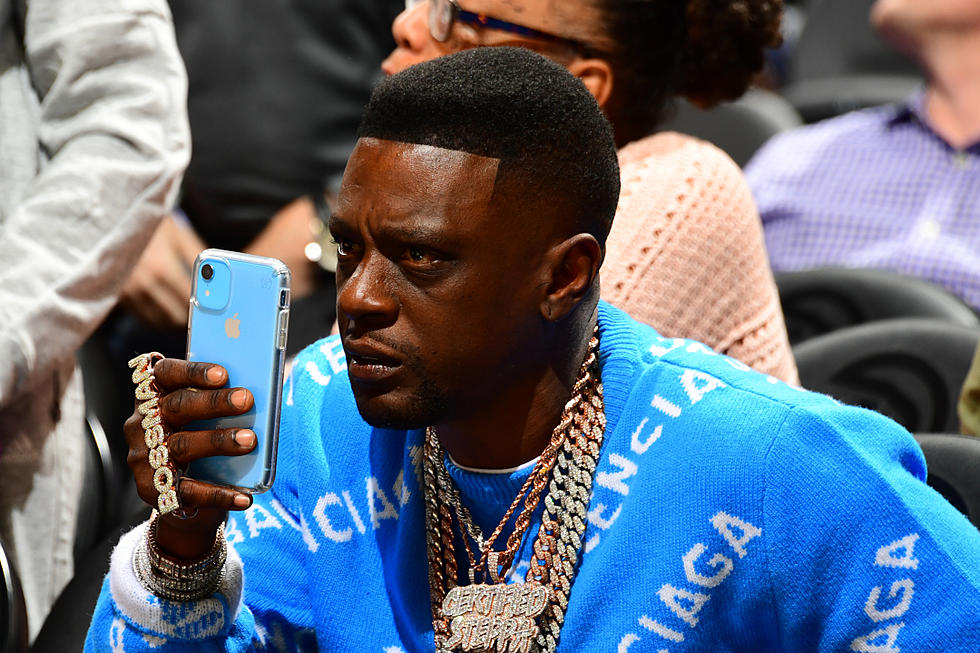 Boosie has spewed all types of ignorance all over Instagram so it’s actually a bit of a shock that a slap is what apparently got him out of here.

It’s never a dull moment with Boosie Badazz. Fresh off of the release of his latest single, “Period” ft. DaBaby, the rapper put out a casting call on social media in search of someone who is willing to get slapped on camera for exactly $554. It’s unclear why Boosie didn’t just round it up or down but either way, there was a soul out in North Carolina that was willing to take a hit from the rapper for a quick $500..

Yesterday, footage of Boosie slapping a man took over the timeline. A few people were offended, overlooking the fact that it was for a video shoot while others pointed out to his casting call. The clip starts off with DaBaby and Boosie at a corner store trying to get some Backwoods when a disoriented gentleman begins to incoherently yell at Boosie in a way that’s literally only seen in rap music videos. “You one of these punk ass rappers. You can’t rap. How you gonna tell me you’re a god damn rapper?” the man says while Boosie positions himself to get his $554 worth.

Boosie paid someone $500 to slap them for his music video with DaBaby 😭 pic.twitter.com/GibsQDBI1U

After the slap soon to be heard around the internet, it was all smiles as Boosie upheld his end of the bargain, pulling out a wad of cash for the man while DaBaby urges him to offer a tip. While the footage spread across the Internet, Boosie ultimately paid another price as apparently Instagram got tired of him and his stunts for the gram. If you remember, the platform originally deleted his page due to offering women to showcase their vagina lips on live in exchange for $1000, they now deleted his new page for this offer to be slapped in exchanged for $500.

Like clockwork, Boosie Boo took to twitter to accuse Facebook owner Mark Zuckerburg of being racist. What do you guys think? Play foolish games get foolish results? Or is IG “hating” on Boosie?

@zuck u just a racist

You telling me #Boosie can slap a man on set for a music video production and get his IG deleted but whole actors can slap, hit, slam people on set and be cool right? Seems targeted @instagram

Instagram will let Hollywood pay millions for a whole building and everybody in it to be destroyed by rocket launchers but won’t let Boosie slap a mf for $554?
It’s literally acting. It’s a music video for goodness sake. IG tripping tripping