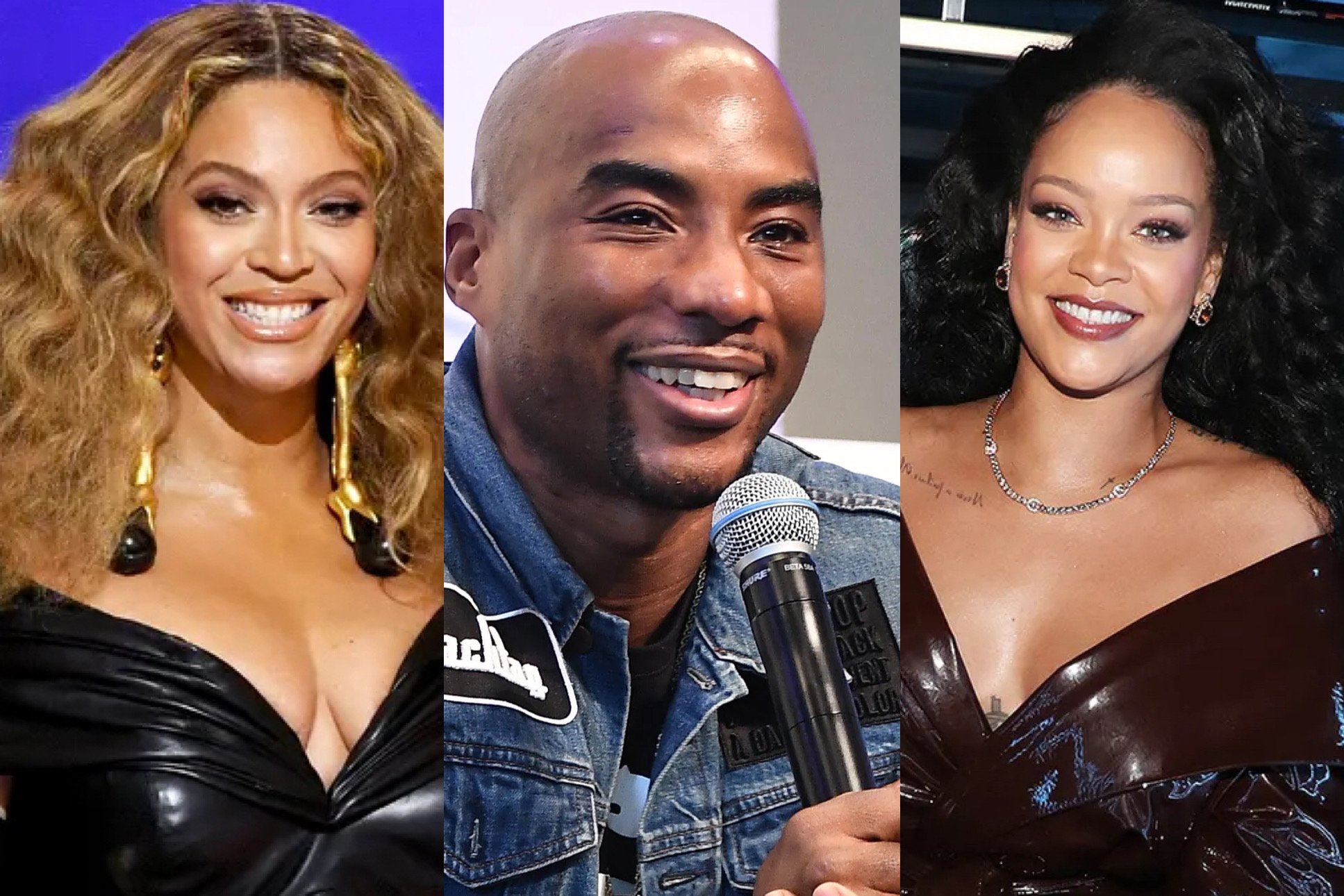 Chile, this debate right here comes around every few months and nearly starts a war each time. Social media has erupted into another ‘Verzuz’ debate after Charlamagne claims Rihanna would be beat the Queen Bey in a battle.

Perhaps the most noteworthy sensation to break out during the global COVID-19 pandemic was Verzuz, the hit-for-hit battle series that has featured some of the industry’s most legendary artists, songwriters, and producers. Early iterations of Timbaland and Swizz Beatz’ brainchild saw acts like The-Dream, Sean Garret, Ne-Yo, Johntá Austin, Babyface, and Teddy Riley go head-to-head over Instagram live, and as Verzuz has progressed, it has become a beloved reccuring event and cultural celebration. Having just brought Verzuz to Triller and announced anew line-up of events, fans are thirsting for whatever Timbaland and Swizz Beatz have in store…and also creating their own dream match-ups.

On Thursday, Charlamagne Tha God and Andrew Schulz, made some pretty intesting battle suggestions during their ‘Brilliant Idiots’ podcast. In the recent episode the two hosts shared their views on the dream matchup “I got one for you, I don’t know if you’re ready to have this discussion”, Andrew said while discussing alongside Charlamagne and other host T-Diddy. “Beyoncé versus Rihanna, [Andrew] “Rihanna is getting her out of here,” he followed it up with.

Shockingly, Charlamagne sided with Andrew. “T-Diddy says Rihanna. “Charlamagne immediately, responded back “Naw Rihanna and I love Beyoncé.” He went on to describe this battle that will never happen as a dream, “That’s like a dream Verzuz, that’s Pay-Per-View.”, said Charla, ultimately still siding with Rihanna which as you can imagine caused quite the debate on the Twitterspehere with fans making their case for their fave.

For me, while it would be undeniably entertaining… I really don’t see why people try to make this comparison as the two artists really couldn’t be more different. Beyoncé is clearly the better vocalist and performer. Music is her biggest passion and I would say she eclipses Rihanna in terms of artistry and talent. However, I’d also point out that Beyoncé has been training to be an artist since she was a child and had more opportunities and resources than Rihanna grew up with.

Rihanna could possibly be looked at as the bigger “brand” but even that’s arguable. She’s not just a singer, she’s a style icon; a sex symbol; she’s launched numerous successful businesses and has raised huge amounts of money for charitable endeavours. Ultimately, they’re two very different women with different motivations and aspirations who’s impact is felt around the world. The only similarity between Bey and Rih is that they’re both highly regarded, and possibly viewed as on the same level when it comes to being a cultural icon. That however, doesn’t make a match musically. Take a look at the video and some of the debate below. Thoughts?

Listen I love Rihanna like the next man, but “bops” and “#1’s” are different. “Me, Myself and I” wasn’t a #1 for Beyonce, but let that mug drop on Verzuz against most of Rihanna’s songs and I’m choosing that one. Beyonce led the way for Rihanna. And Rihanna’s feautured a lot.

I'd say Rihanna has more bangers, but Beyonce's whole discography as a whole is way better

I love Rihanna, but Beyoncé, upgrade you, smacking most of Rihanna songs