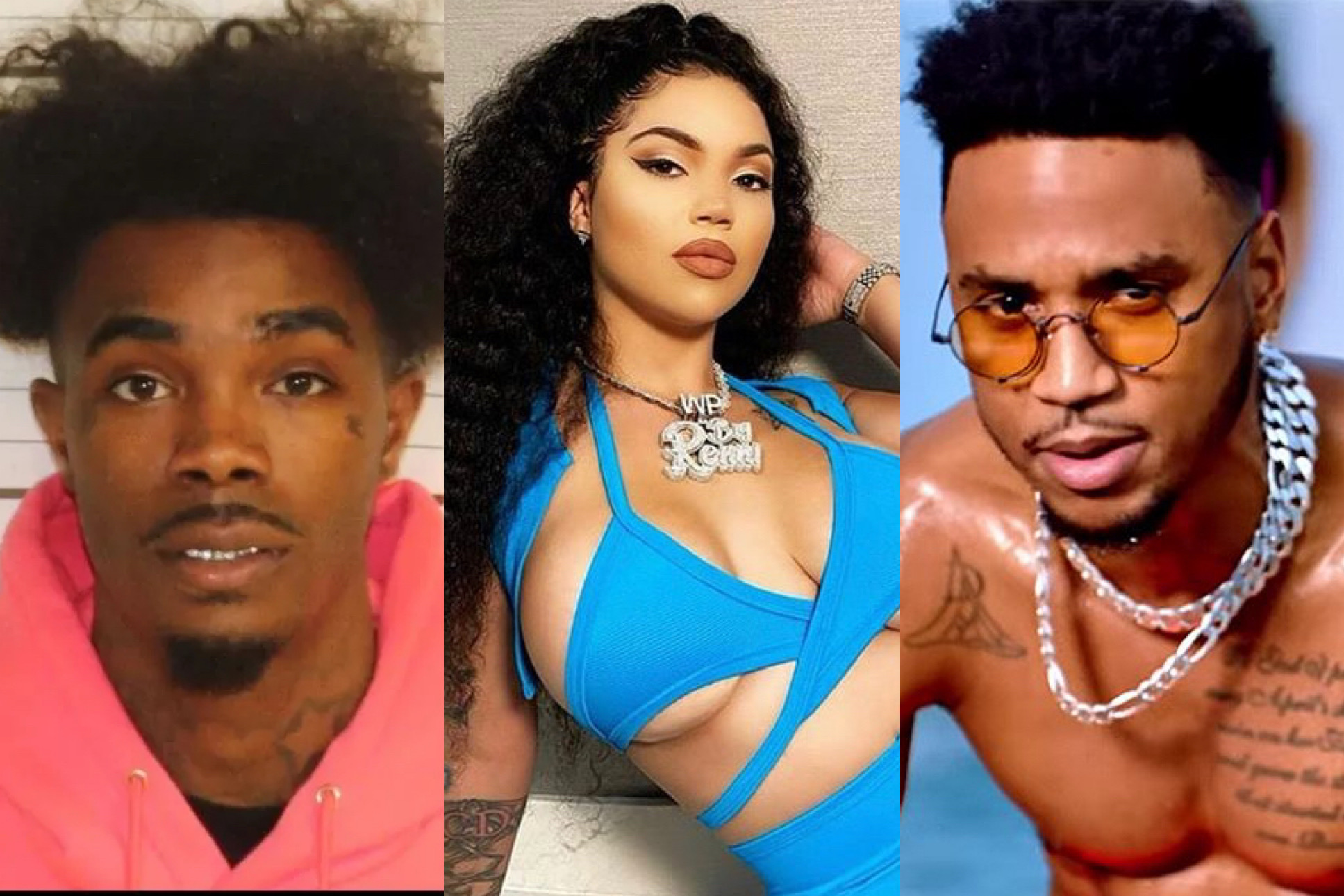 “Mr. Steal Your Girl” strikes again… Imagine being locked the hell up and you have to stress about Trey Songz taking a poke at your girl?

One thing is for certain, Trey Songz is more than willing to share his penis out here. Sure, one could expect Trigga to live up to the R&B heartthrob persona he presented when he first entered the game. However, it does seem to get him in trouble from time to time with other women’s boyfriends. Last night, the “Bottom’s Up” singer took to Instagram where he shared a thirst trap of Renni Rucci to his Instagram Story. Without a caption of explanation, Trey left room for assumptions and it seems that a few people, including Renni’s boyfriend, took it as the R&B singer shooting his shot.

Foogiano, who is currently locked up, wasn’t particularly pleased about Trey’s IG post. Though the rapper doesn’t have access to social media, his team seemingly shared two messages on his behalf. The first was a text post which reads, “Slap the shit out you when I get out @treysongz,” before signing off, “From The Mayor.” A second video clip from Foogiano speaking from prison was also shared to his story and Foogiano expounded on these thoughts even further. “Trey, you a bitch. I’m gon’ slap the fuck out you when I catch you, boy. You better have a lot of security with you and I’ll slap the fuck out them, too, with yo old ass. Sangin ass n***a, you ain’t gon’ sing when I catch your b**ch ass, boy,” he said.

While he didn’t comment directly on the threat, shortly after, Songz uploaded a picture of himself with the caption “Picture that,” and a laughing emoji, likely in response to the news.

Foogiano, signed to Gucci Mane’s 1017 label, was arrested in Memphis, earlier this month. He was charged for being a fugitive from justice without a warrant in connection to a burglary conviction.

What do you guys think of this mess? It it just me or has the end of March been really ghetto?