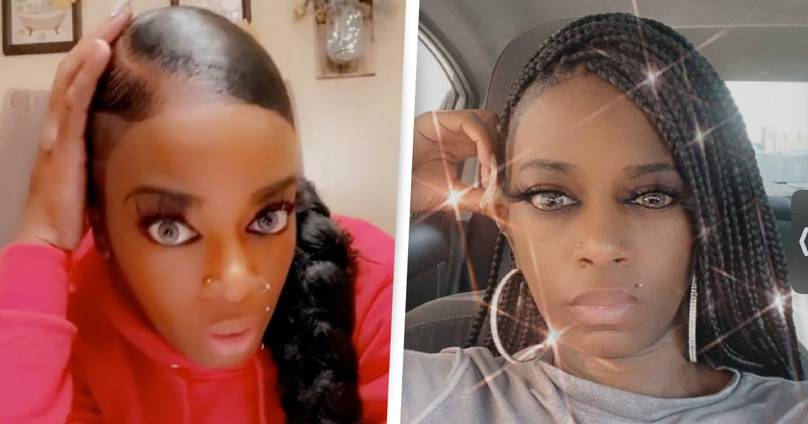 A few weeks ago she thought she was going to be a bald headed scallywag but was saved from Gorilla Glue hell by a good Samaritan doctor, however it seems like her health-related relief was short-lived.

Tessica Brown says she’s felt immense joy after her hair was recovered from her Gorilla Glue fiasco following an extensive pro-bono surgery. Sadly, it seems like her health problems aren’t completely over quite yet. According to Tessica’s manager Gina Rodriguez, she’s currently in the process of getting a “mommy makeover,” which includes a breast augmentation and abdominal liposuction.

Dr. Michael Obeng, which is the same doctor who performed Tessica’s miraculous hair surgery, was giving her a consultation for the breast augmentation earlier this week when he discovered lumps in both of Tessica’s breasts. After Dr. Obeng felt the masses, Tessica had a mammogram which confirmed their presence. She has, fortunately, already had surgery to remove the masses, and they are now being tested for cancer.

Tessica seems to be taking the news in stride, though. She says that she believes the Gorilla Glue incident was supposed to lead her to this moment where Dr. Obeng discovered the lumps in her breasts. She also said she’s very grateful that Dr. Obeng discovered the issue now, rather than later down the road where it could have been too late. There’s certainly a silver lining to every dark cloud, and hopefully this early discovery means that Tessica can be treated swiftly.

We’re hoping for a speedy recovery for Tessica and things work out. I also wonder if that mommy makeover is coming from some of y’all GoFundMe funds. Thoughts?