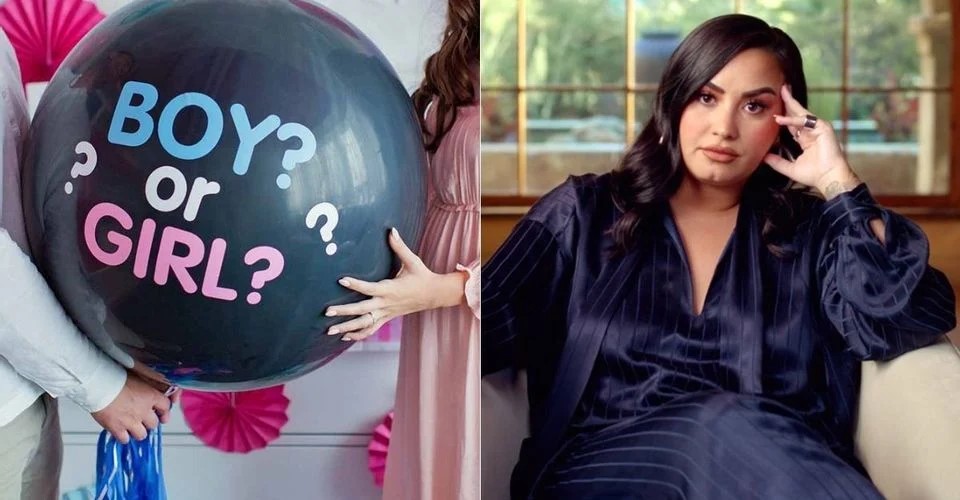 Listen, as someone who is actually apart of the LGBTQ+ community, let me tell you, most of us don’t give a damn about this. Nor many of the other meaningless “woke” changes they media tries to push while claiming we’re “outraged” about.

While it wasn’t exactly straight out of Demi’s mouth, she took the initiative to share it to her page and people were not feeling it. A large number of Demi Lovato fans objected to her Instagram post that said expectant parents were unknowingly spreading transphobia by hosting gender-reveal parties. Yes, apparently some feel this joyous moment in expectant parents nine months of pregnancy, is harmful.

Demi posted a lengthy message, originally shared by writer, artist and transgender rights activist Alok Vaid-Menon, that offered to shed light on why they feel gender reveal parties are harmful and a trend that needs to stop. According to the post from Lovato and Vaid-Menon, gender-reveal parties uphold a “belief system that presumes non-trans people to be more ‘natural’ than trans people.”

“This is not about being politically correct, it’s about being correct,” their post read. It explained that “transphobia isn’t just violence or prejudice against an individual trans person,” it’s about promoting that belief system. The post concluded by saying that only individuals — presumably not parents at a gender-reveal party — can determine their gender.” Lovato thanked Vaid-Menon for “educating us always.”

Of course, people have started to express objections to gender-reveal parties for other reasons, including safety. Authorities have said gender reveal explosions have caused accidental deaths, while fire safety officials credit a gender reveal party for starting the devastating wildfire in California. Some also deem gender reveal parties and unnecessary, but Demi’s reasoning on why they should stop, simply did not go over well with fans.

“Mind your own business,” one person wrote. “People like you love to try to cause problems because you have problems in your life that you can’t deal with. Focus on fixing yourself first and focusing on actual problems instead of putting your nose into other people’s business. There’s so many things wrong in the world and this ain’t it.” Some took the opportunity to voice their disagreement by mocking Demi’s struggles with addiction, commenting, “You must be high” and “DEMI GET OFFF THE SPOON”.

Let’s be clear, biological sex is not the same as gender. In other words, a baby born with a penis does not automatically mean they are male. This is science. This is fact. And if you disagree, you are too insecure to realize that what you thought you knew was wrong. However, the gender reveal is simply celebrating biological sex, not what the child will learn about themselves as they get older. Let these mothers who have to go through nine hard months of carrying a child celebrate as they see fit. What do you guys think? Take a look at some of the reactions along with Demi’s post below. Do you believe gender reveals are transphobic?

Demi Lovato saying gender reveals are “transphobic”. I didn’t realise I had to ask a heroin addict if it was okay to announce by baby has female organs 👌

demi lovato called gender reveal parties transphobic? i hate them and i think they're stupid, but i don't think they're transphobic, lmao. why is a cis person even speaking on behalf of trans people?

not at how demi lovato is saying that gender reveals are transphobic. no hunny. they're literally babies and they can figure out their gender once they understand the world

Demi lovato’s dumb ass comment about gender reveals should of stayed in her damn head. I have nothing against trans or non-binary people but if a woman wants to celebrate the gender of her unborn baby she can. If said baby wants to change that it will be their choice as they grow

Omg people are so sensitive these days it’s so stupid I really just saw now how Demi lovato really said gender reveals are transphobic like howww it’s a celebration for what you are going to have😂. People feel the need to try to cancel everything today it’s so funny