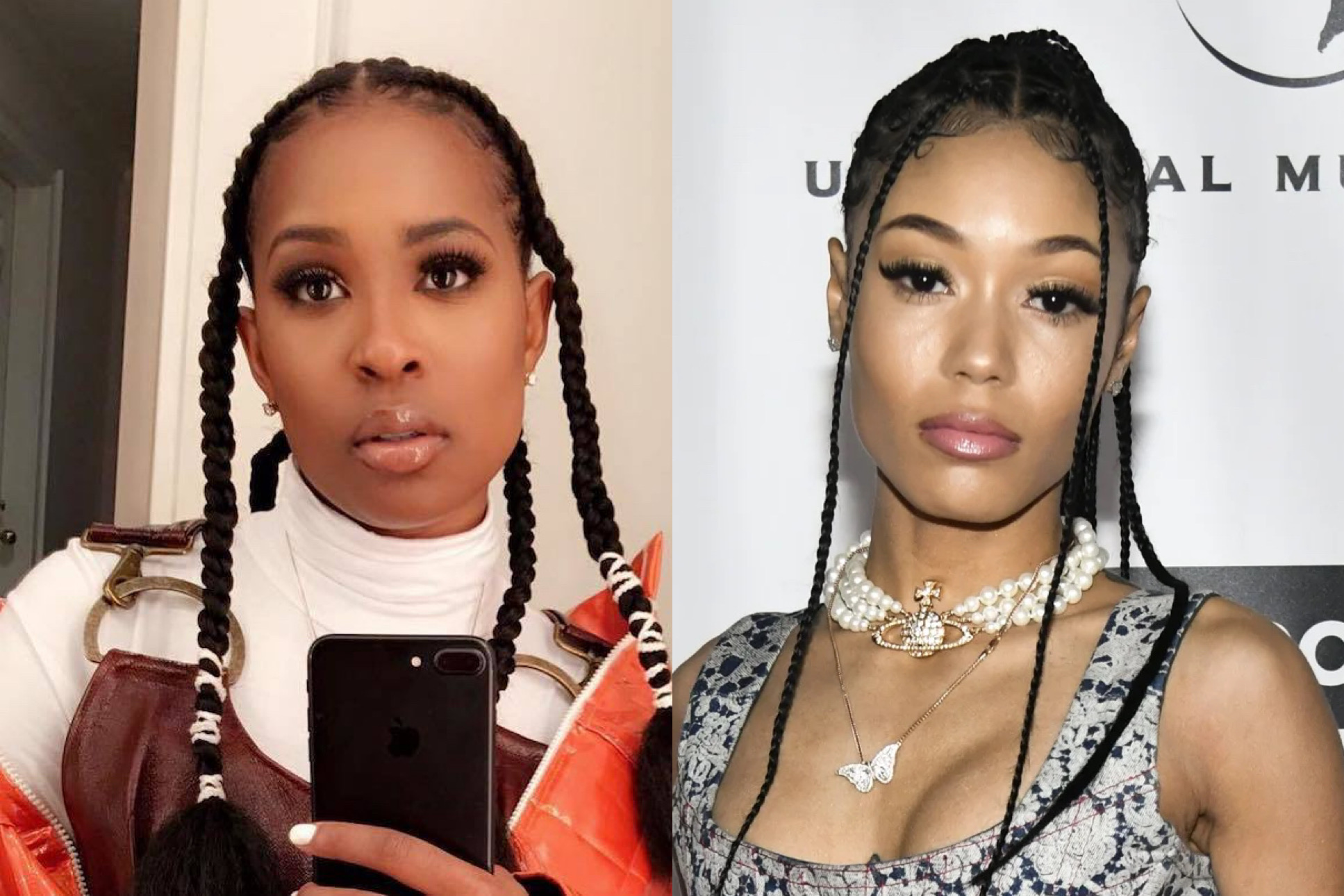 People believe that Leray is sliding into Dej’s lane, but Coi stated that she sounds like no one but herself.

Every generation of Rap and Hip Hop has it’s sound, and for a while, Atlanta trap has been dominating the airwaves. Artists from differing cities have put their spin on things, and the New York Drill hype seems to be creeping into the Top Ten. That being said, we regularly hear similar sounding artists vying for attention, and fans believe that Coi Leray is sliding into DeJ Loaf’s lane.

On social media, people began drawing comparisons between Leray’s “No More Parties” and DeJ Loaf’s signature sound. Leray took to Twitter and wrote, “Coi Leray sounds like Coi Leray .” Loaf replied, “Well I sholl wish my folks stop hitting me about it [crying laughing emoji] pissing me and my homegirls off! Congrats tho Coi [balloon emoji].”

Dej Loaf later tweeted, “Lil Copy Tail Selves” and reposted messages from Charlie Heat who said people needed to give Dej her flowers. Others mentioned the rapper has “a lot of kids” in the industry, meaning she birth a wave of artists who have taken from her sound. Personally, I didn’t even know who Coi Leray was until like three days ago so I can’t speak too much on her overall sound. Check out a few posts below and let us know if you think Coi sonically borrowed from DeJ Loaf. Is it FACTS or are people starting stuff and REACHING?

Everybody popping off Dej Loaf sound right now but Dej