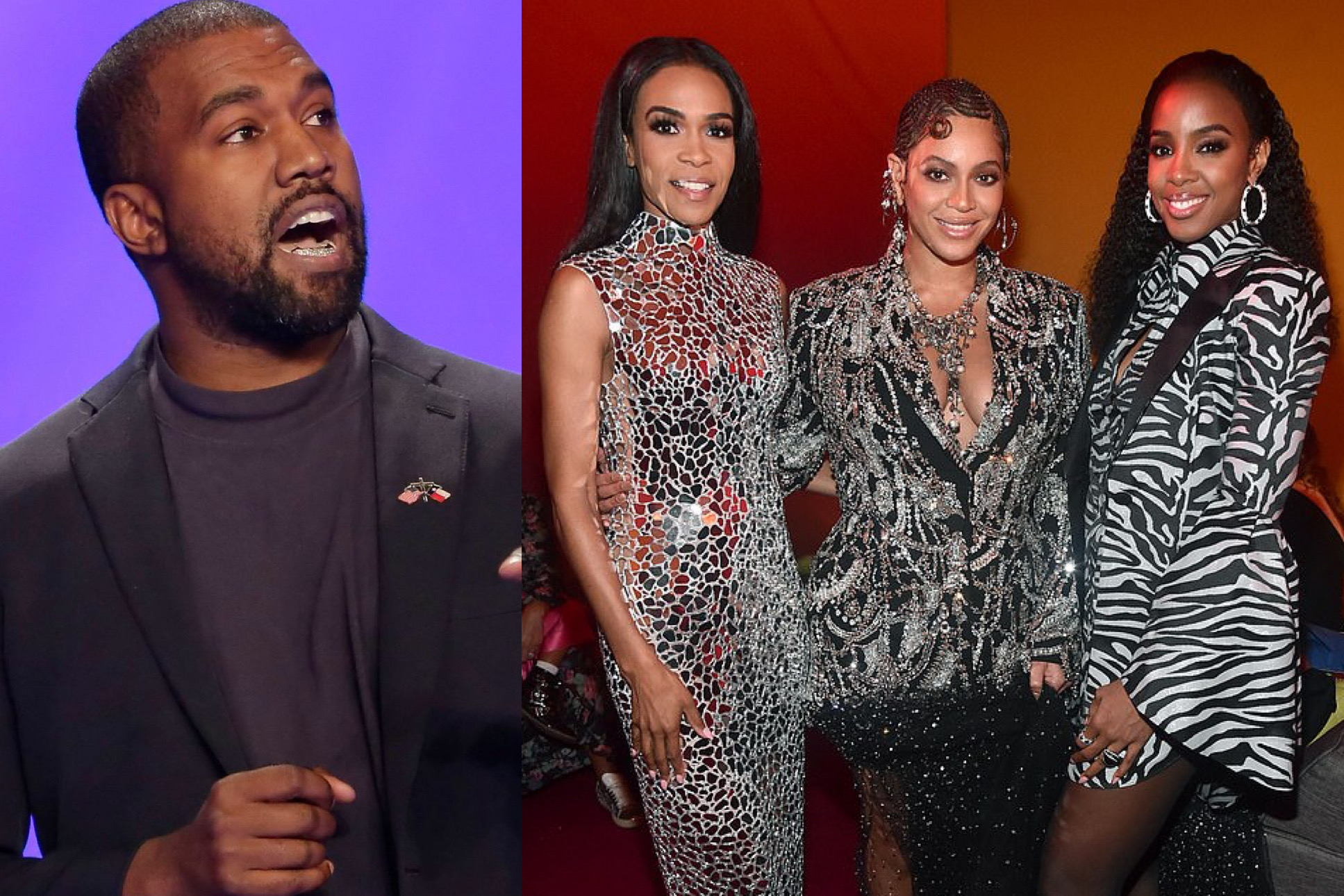 Just may say yes…but I’m going to go ahead and say no. Kanye West is trying to manifest a return album from Destiny’s Child, hoping to produce a gospel record for Beyoncé & Co.

Could a Destiny’s Child reunion be happening because of Kanye West?

While his late-night musings on Twitter may not always be the best representation of his genius, the legendary artist is attempting to manifest his next move in music, hoping that he can get Beyoncé, Kelly Rowland, and Michelle Williams back together for a new album.

While their return is not off the books, we would be surprised to see Kanye as an executive producer on the album, especially given his strained relationship with Bey’s husband Jay-Z. Still, that didn’t stop him from trying to speak a Destiny’s Child gospel album into existence.

Listening to Michelle Williams’ 2014 song “Say Yes” with her two Destiny’s Child sisters, Kanye West tweeted that he wants to get the group back together to celebrate the power of God.

It’s unclear if Kanye has been in discussions with Beyoncé, Kelly, or Michelle about this but we’re guessing that that’s not the case.

This is one of the less controversial stories about the billionaire in recent days. Last night, he logged onto Twitter during a manic phase, demanding public apologies from Drake and J. Cole, saying that he’s disappointed in Steve Stoute, and revealing that he’s no longer dropping any music until he’s out of his contracts with Sony/ATV and UMG.

Do you think there’s even a slight chance that Kanye could end up producing a gospel album from Destiny’s Child? Would you be here for it?