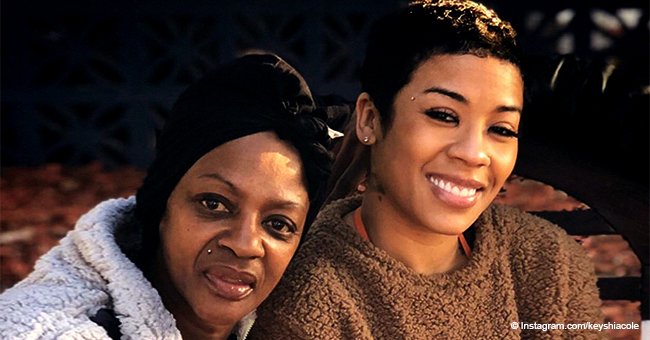 Over the years, Frankie became a breakout star in her own right; despite her addictions and the effects it had on her family, she lived in her truths, told some truths, and made us laugh. She will truly be missed.

Keyshia Cole’s biological mother Frankie Lons has reportedly passed away at the age of 61. Frankie was reportedly celebrating her sixty-first birthday this weekend when she relapsed, suffering a fatal drug overdose according to Keyshia’s brother Sam.

Sam says that Frankie was on a long battle to sobriety when she used drugs at her Oakland home on Sunday. Her addiction was documented as part of Keyshia Cole My New Life, which Frankie regularly cameoed in.

Frankie and Keyshia’s biological father Virgil Hunter gave up the R&B singer for adoption at a young age. She was raised by family friends and reunited with her parents when she became an adult.

Keyshia’s sister Elite Noel confirmed their mother’s death, writing on Instagram, “Worse pain ever….. To see my mama in a body bag on her birthday! My heart so f*ckin broke.”

Keyshia Cole has not made any public statements regarding her biological mother’s passing. She was previously supportive of her mother’s recovery process, posting last year about Frankie’s two months of sobriety back in March 2020. She was one of her mother’s biggest cheerleaders as she fought off addiction.

Rest in peace, Frankie Lons. We will keep you posted as more on this unfortunate story comes to light.