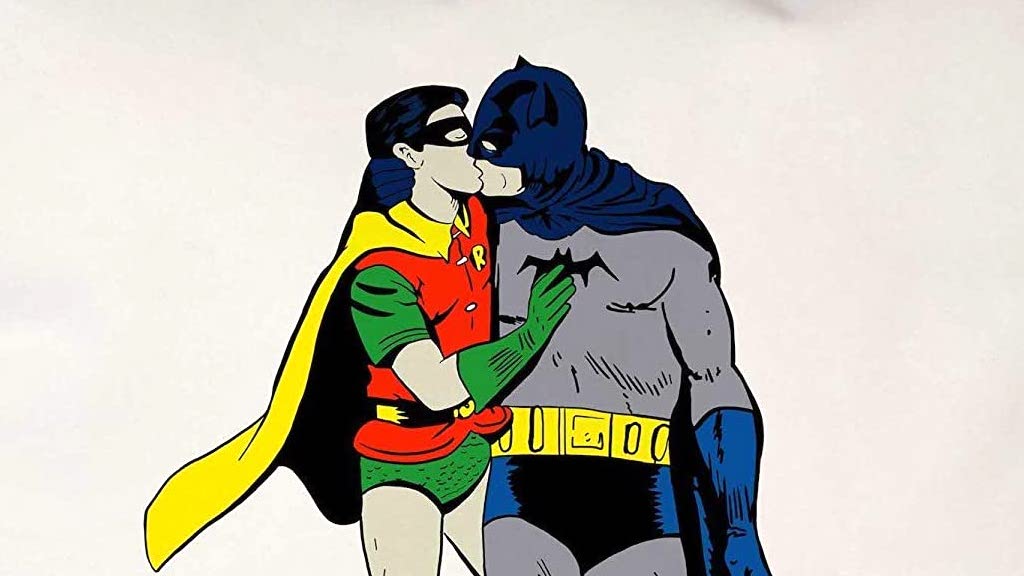 To the people who are taking this news and tying it in as some big conspiracy, I’m here to tell you… most of us in the LGBTQ community don’t get a damn about what Robin’s sexuality is. Just go save Gotham, as a child I never thought about who these characters slept with.

Some interesting news in the comic book world… Robin, of Batman fame, has officially come out as bisexual. Previously, Robin, whose real name is Tim Drake in the comics, dated only women but in the latest issue of Batman: Urban Legends, he agreed to go on a date with another man.

The sixth installment of the superhero comic was released on Tuesday and the story ended with Robin accepting a date proposal from a man named Bernard Dowd. Batman’s sidekick was fighting alongside Bernard when he had the realization that he might have feelings for the man. Robin rescued his crush and later visited him, hyping himself up before entering his spot by saying, “It’s OK, Tim. You got this.”

According to reports, Bernard nearly asked Tim out on a date as he opened the door, but was interrupted when Tim said, “I’m really glad you got home okay. I was relieved. And I’ve been doing a lot of thinking, about that night. And I — I don’t know what it meant to me. Not yet. But I’d like to figure it out.”

Bernard replied, “I was hoping you would. Tim Drake … do you want to go on a date with me?”

The reader was left in suspense and the next issue only drops in December, but DC Comics fans are ecstatic about the news. Batman lovers have long questioned Robin’s sexuality, theorizing that the hero is gay. It turns out that he swings both ways.

Social media has of course been met with mixed reactions to this news, with many using that classic “gay agenda” tanged they go on anytime the LGBTQ community is represented in the media. I’m actually quite torn on this because while representation is important, at the age that I read comic books, I don’t think I would have cared or even completely understood Robin being bisexual. Granted, there are some who will feel represented in seeing that so I guess it’s to each their own. As long as Robin is saving the city I don’t think his sexuality matters. Perhaps things like this are steps in making closed minded individuals realize sexuality isn’t to be seen as not being “normal.” What’s your take on this?

Tim Drake finally coming out is so inspiring, DC never wanted a queer Robin but after years and years of campaigning from writers and fans it finally happened

A big thank you to Meghan Fitzmartin, Belén Ortega and Alejandro Sánchez for making this moment so beautiful ❤️ pic.twitter.com/xb5YugEYd9

If you say that, and then go on to complain about a character coming out as any flavor of Gay™️…then I got news for you…

It means that sexual orientation apparently does matter…because you’re getting REAL pressed about it… pic.twitter.com/i3CNk0jAai

Robin is fucking bisexual and I’m accidentally sobbing. This is so cool and I didn’t know how important it would feel to me until it happened. #TimDrake 💖 pic.twitter.com/vandL8hF6W

People surprised that robin’s bisexual when he dressed like this: pic.twitter.com/1UAITUVZEf

Oh my, so many angry homophobes over bisexual Robin! pic.twitter.com/qtwe49U8ab