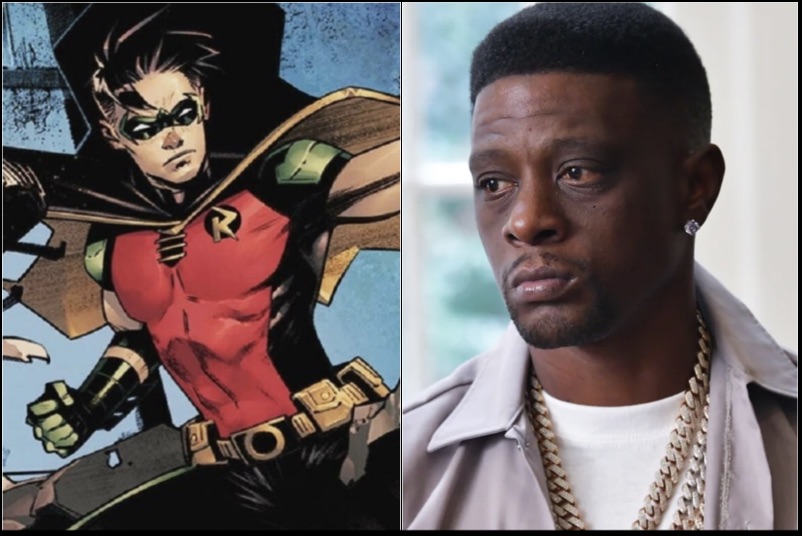 I don’t know what top must have given Boosie his the best D of his life and then ghosted him, but he deserves his flowers because this man is obsessed. Boosie Boo talks about being gay more than any actual gay person I’ve met in all of my years of life.

At some point we saw a definite shift where Miss Boosie Badazz became obsessed with the shaft. We rarely hear anything musically from the rapper anymore, but we do hear him him addressing any topic concerning the LGBTQ community pretty much on a weekly basis. So of course, this latest Batman news has Boosie Badazz up in arms.

Lil Nas X’s recent BET Awards performance may have been applauded by the LGBTQIA+ community, but others weren’t as impressed with the openly gay rapper-singer taking to the stage to kiss another man. Like clock work, Boosie Badazz surfaced to denounce the display, and now that Batman’s sidekick Robin—well, Tim Drake, the third Robin—has been revealed to be bisexual, many comic fans were upset.

Boosie hasn’t been able to share his posts on Instagram seeing as how his profiles continue to be deleted, so he ferociously tweeted about the news regarding Robin.

“TOLD YALL SMH PROTECT YOUR CHILDREN FROM THE NEW WORLD ORDER,” wrote the rapper along with a screenshot of an Instagram Story post that says, “Y’all pushing that gay sh*t on kids [facepalm emojis].” In another tweet, Boosie added, “YALL GO LISTEN TO ME BOOSIE ONE DAY [shurgging emoji] (watch yo kids)THEY GO BE KISSING ON THE NEXT EPISODE N GETTIN MARRIED ON THE SEASON FINALE lol.”

Boosie collected his fair share of people who agreed with him, while others couldn’t help but recall when he bragged about paying a prostitute to perform oral sex on his 12-year-old son. We’re sure this isn’t the last we’ve heard from Boosie on this topic.

While I will say that even I didn’t initially see the need of Robin’s sexuality being addressed, considering he’s a comic book character and as a kid the “love” scenes were actually the last thing I wanted to see from the Batman franchise, I do understand that representation is important and everyone deserves to be seen. I also think it’s worth noting that we all grew up watching hella straight relationships and unnecessary sexual scenes and references playing out in front of us and that didn’t exactly make anyone straight. So Boosie’s logic is fairly flawed. My only hope is that when companies make decisions like this it’s about being genuine and less performative. Check out Boosie Badazz’s tweets below and let us know what you think.

YALL GO LISTEN TO ME BOOSIE ONE DAY🤷🏽‍♂️ (watch yo kids)THEY GO BE KISSING ON THE NEXT EPISODE N GETTIN MARRIED ON THE SEASON FINALE lol pic.twitter.com/VoDwG9k7U0

The fact boosie sitting at home documenting every gay person is gay 😂 https://t.co/HWdCAl2xOS

Boosie when something ✨gay✨ happens pic.twitter.com/CYy85UI1b5

Boosie bring up the gay agenda every week he must be curious as hell. As a straight man ion even think about gays or sexuality at all. Why is he so worried about the govt making him gay 😭😭😭 he can’t fight the temptation