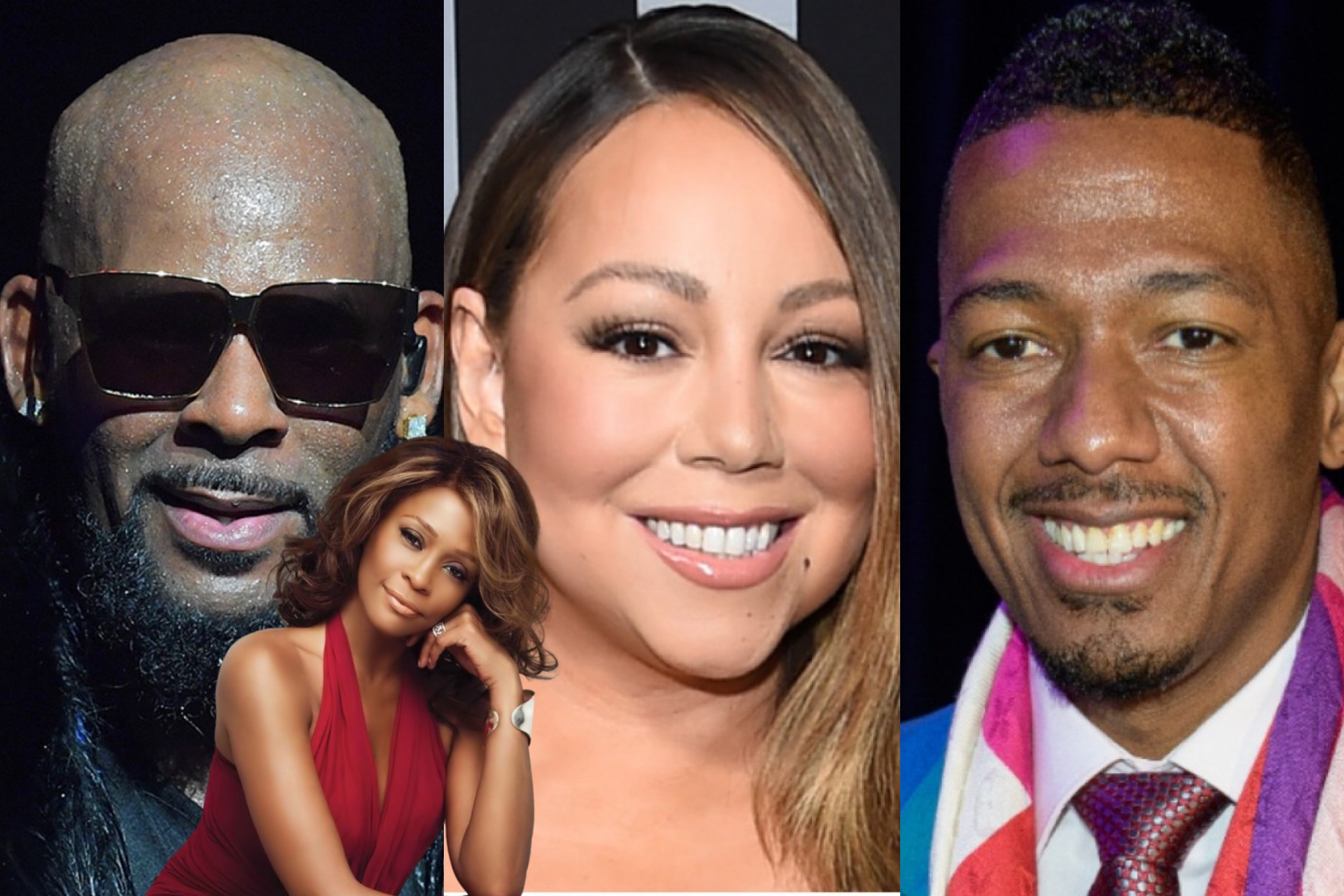 Mariah might want to get her baby daddy, he’s out here throwing her good name out there with the pissy. While he boasted about her writing and producing her own music, adding that R Kelly is the only formidable opponent for his ex-wife.

Nick Cannon is a smart man, but even he sometimes makes some questionable choices like he decision to become a human sperm bank for many. During his appearance on “The Breakfast Club” this week, the “Wild ‘N Out” creator was asked if there was anyone who could go up against Mariah Carey in a Verzuz battle and his answer was somewhat surprising.

“The only person in this day and age that could’ve gone against Mariah Carey—because she writes of all her songs, she actually produces all of her songs, she puts the songs together and performs them at a high level—[is] R. Kelly,” said Nick, who shares 10-year-old twins, Moroccan and Monroe, with his ex. He was met with silence from Charlamagne Tha God and DJ Envy, who eventually responded, “That ain’t gon’ happen.”

Nick went on to praise his ex-wife’s songwriting ability. “Mariah is a musician,” he said. “I’m not impressed by people who can perform songs that it took 30 people to make with you.”

Charlamagne suggested that there are legendary artists like Whitney Houston, Michael Jackson, Beyoncé, and Rihanna who don’t necessarily write all their own music. However, Nick wasn’t as impressed. “The greatest are the ones you can put somebody in a room by their damn self and they come back with a hit.”

But he still thinks that R. Kelly is the only worthy competitor. “If we talking about matching talents—because Mariah is a writer and has written more hits than anybody—the only other person I can think of that has that ability was R. Kelly,” he said. Despite the sexual abuse allegations facing R. Kelly, Nick says that doesn’t diminish his talent. “We still gotta acknowledge that the man was gifted.”

What do you guys think? Do you agree with Nick? I actually think Whitney Houston would’ve been an amazing candidate to do a celebration-like Verzuz with Mariah. Songwriting seems to be more of a big deal for some folks in hip hop, singers are completely different.