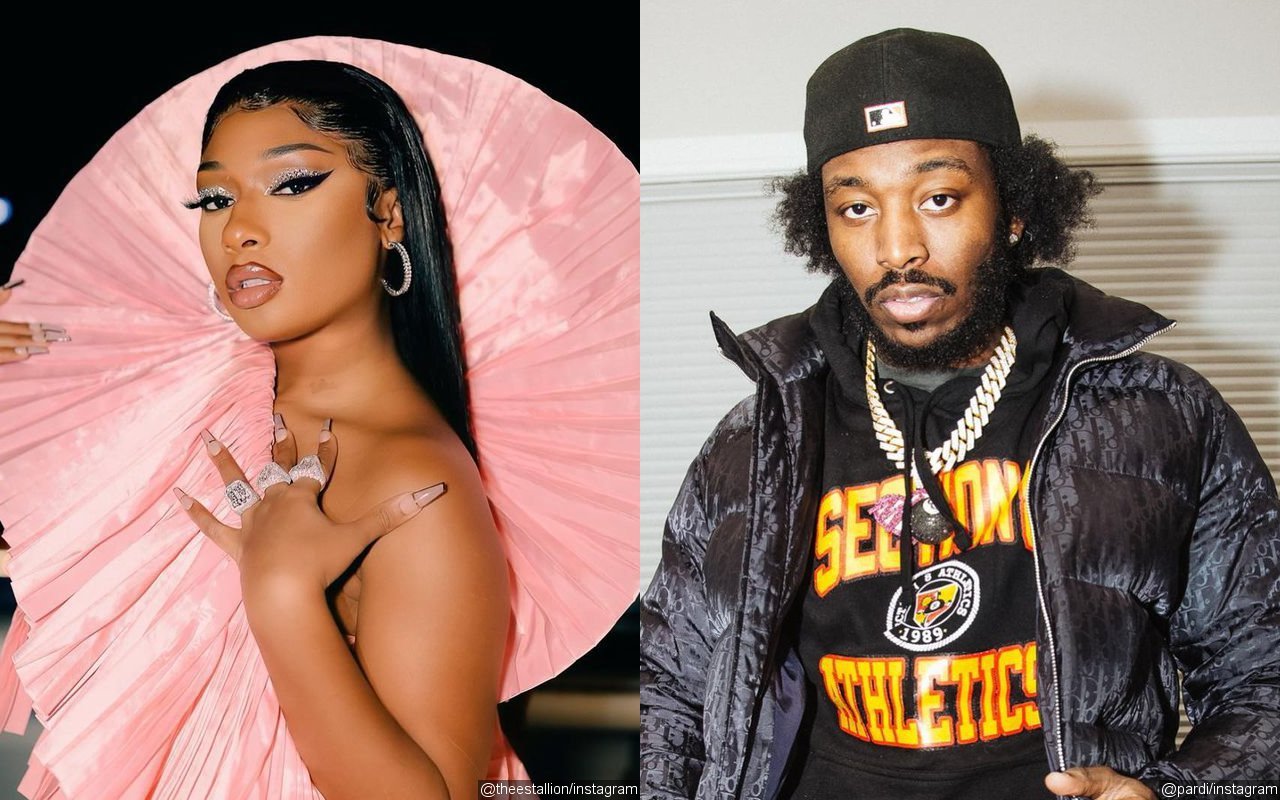 One thing about Meg.. She’s going to have a little bit of drama around her. While there’s no confirmation just yet on what sparked the argument, you can clearly hear the aftermath. Meg’s friend was on Live when a man (who sounds a lot like Pardi) is heard yelling for Megan to come out of a room saying, “Y’all got five seconds before I come through this sh*t.”

The internet has all abuzz since last night (February 15) after a video has gone viral. A clip from an Instagram Live has been making the rounds because people are claiming that it involves Megan Thee Stallion and Pardison Fontaine. There have been rumors that the rappers are dating and for weeks they’ve been leaving each other flirtatious messages on social media. Internet sleuths have been piecing together their Instagram Stories and updates, but after Megan confirmed that she has a “boo” on her birthday, her fans have concluded that Pardi is the person she’s referring to.

Further confirmation came after a screen-recorded video of an Instagram Live began to circulate, and while you can’t see who is arguing in the clip, many have suggested that it is Fontaine and Megan. Off-camera, viewers can hear a man yelling for someone to come out of a room before he tells whoever is on the other side of the threshold to “tell Megan to come to the door.”

All viewers can see is the face of the person filming, and it’s clearly Megan’s friend who she posted on her Instagram Story along with a group of others who celebrated the rapper’s birthday with her. The man off-camera is heard saying, “Y’all got five seconds before I come through this sh*t,” and then a door opens. Several women are on the other side and one of them yells at the man, telling him that one of the ladies was using the restroom when he came in. The video abruptly ends and while no one’s face is seen and no names other than “Megan” are heard, viewers are giving their opinions on who the man was. They’ve taken to social media to share their thoughts on how the Houston rapper moves with the company she keeps.

Take a look at the clip below along with a few responses and theories from Megan’s fans. At the time of this publication, neither Megan nor Pardison have addressed the rumors or the video, nor have they confirmed that they are dating. But well, could that be any more obvious? What do you guys think about all of this?

i hope megan is okay, because wtf was pardi on… pic.twitter.com/2Oz7uW6xRX

a man is aggressive as fuck, breaks down a door, and possibly hit megan and y’all equating that to meg doing coke? what the fuck do y’all even be talking about? pic.twitter.com/HR0qMxzaRt

I’m seeing a pattern of Megan surrounding herself with violent, hot tempered men and I’m very concerned for her https://t.co/VOYnP96Z2G

Black Twitter going to check on Megan Thee Stallion after seeing Pardi acting the fool in that video pic.twitter.com/pxWOWVtUfr

The whole Megan and Pardi story isn’t out yet and some of you are already making her out to be the bad guy.. pic.twitter.com/zchO3XBscW

I was today years old when I found out Pardi WAS dating Kashdoll and is now dating Megan.

I can’t keep up. 😂 pic.twitter.com/FEgNy1khr1