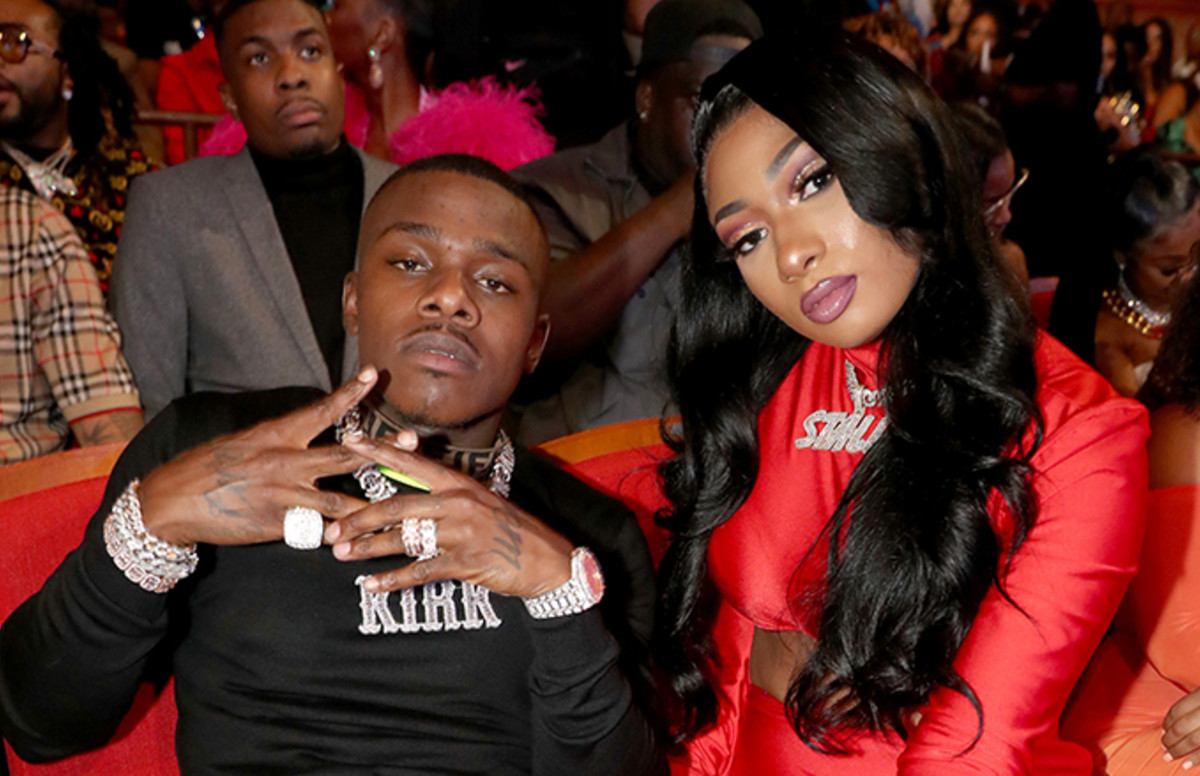 DaBaby says it’s strictly business with Megan Thee Stallion after Gillie Da King asks him if he ever thought about shooting his shot.

In 2019, DaBaby and Megan Thee Stallion began to emerge as two of the more notable newcomers headed into mainstream rap. Though it was not any sort of overnight success, they propelled towards stardom and have sustained a spot ever since. Of course, they also collaborated on a few occasions, most recently on “Cry Baby.” Many have also stated that DaBaby and Megan Thee Stallion have formed a “work husband/wife” situation between them.

During an upcoming episode of Million Dollaz Worth Of Game, DaBaby details his working relationship with Megan Thee Stallion. He said they do produce some solid bangers together, hinting at the possibility of working on a collaborative project together. That’s when Gillie Da King started to push for a bit more salacious content. “Being that both of y’all single, you ever thought about shooting your shot?” Gillie asked.

“We ain’t never — uhh, you know. I’m a businessman,” he responded to an eruption of laughter among the podcast’s co-hosts. “This n***a laughing,” DaBaby added while pointing to Gillie. “I got up out of there smooth,” he continued, proving that his PR-team has done a great job at preparing him for these type of left-field questions. However, Gillie wasn’t going to let that answer slide.

“It wasn’t hard being a businessman when you in there, y’all did the record, record hot as shit. Megan in there, she bouncin’ that ass off the ‘Gram. It’s not hard — you single… The business don’t go out the window?” Gillie asked.

Showing his pearly whites from ear to ear, DaBaby stared at the camera and stuck with the same answer: “I’m a businessman.”

While these two may make a cute couple, fans may want to keep that as fan fiction as it’s been said over the last few weeks that Megan and “Baskin’ it Up” rapper Pardison Fontaine have had their eyes on one another as of late. Check out the clip of DaBaby’s interview below.