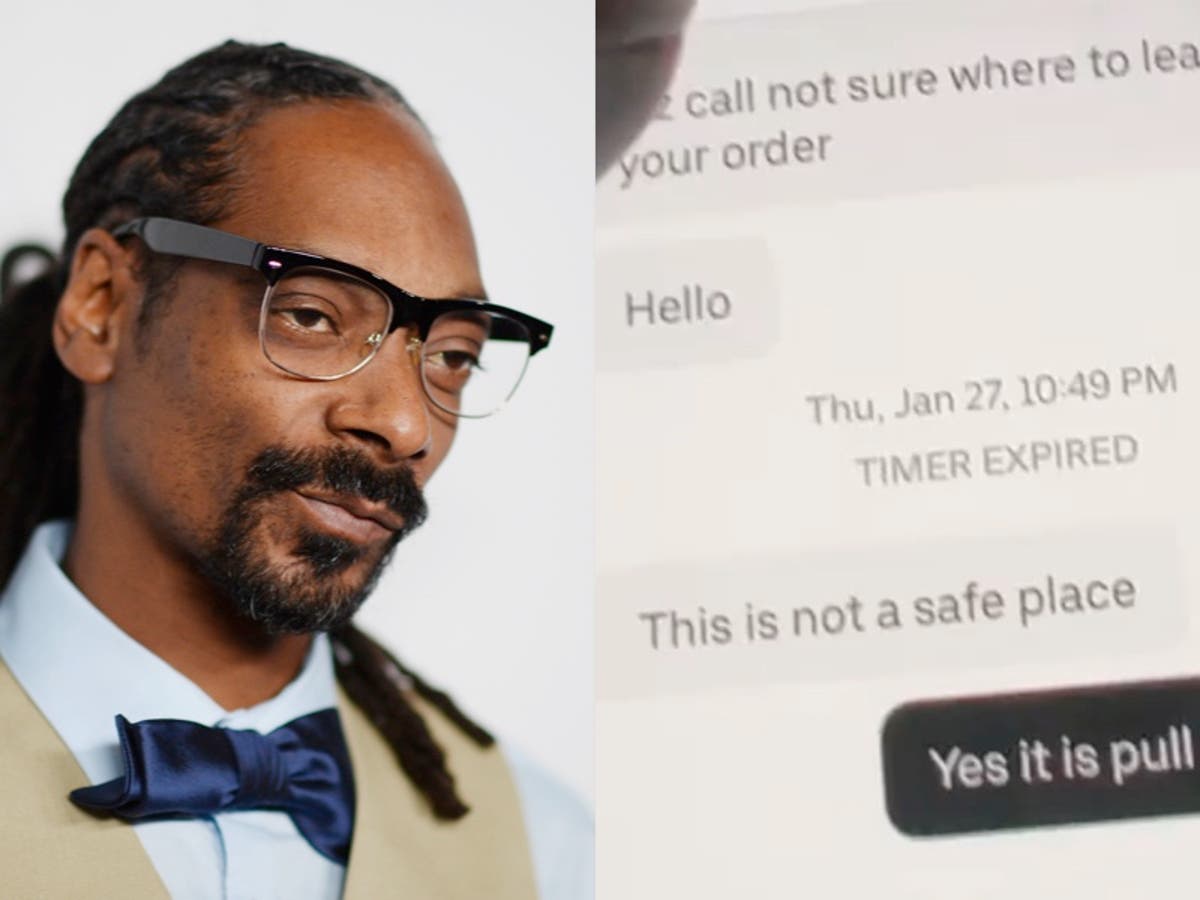 Chile, we have to be more careful deciding to blast people on social media, folks are quick to want to hit you with a lawsuit. This UberEats driver says he fears for his family’s safety after Snoop Dogg broadcasted his first name and license plate in a January Instagram post.

Snoop Dogg’s attempt to get his UberEats order delivered to his door might cost him more than a missed delivery. Per CBS Los Angeles, the UberEats driver that Snoop Dogg aired out on social media is considering taking the rapper to court for posting his personal information on Instagram.

Sayd, the UberEats driver who did not disclose his last name, spoke to the news outlet about the impact that Snoop Dogg’s post had, claiming that he feels his safety is being jeopardized. The rapper boasts 69.9M followers. That post, in particular, has over 4M views and 12K comments and remains on Snoop’s page. In the 12-second post, Snoop Dogg calls Sayd a “punk,” among other names while revealing the driver’s first name and license plate number.

“After I see the video, I’m kind of like…I have anxiety and I fear for my family’s safety,” Sayd said, revealing that he had no idea that he was bringing food to Snoop Dogg in the first place. He said that his delivery was located in an industrial area in Inglewood where he waited for eight minutes, per Uber’s protocol, before canceling the order. In the video, Snoop Dogg expresses frustration that the driver wouldn’t bring the delivery to the door because he felt he wasn’t in a safe neighborhood. “I contacted the customer many times and I also followed the protocol by the book,” Sayd said.

As for Uber, they apologized to Snoop Dogg but not Sayd, who said that the company didn’t offer him any sort of apology. He added that has not returned to his job since the incident on Jan. 27th.

Sayd said that he’s filed a lawsuit against the rapper. Take a look at Snoop’s original post a well as Sayd’s interview and let us know what you think. Should Snoop have to pay up and drop a couple bags in this man’s bank account like they’re hot, or this a money grab and the driver should shut up?