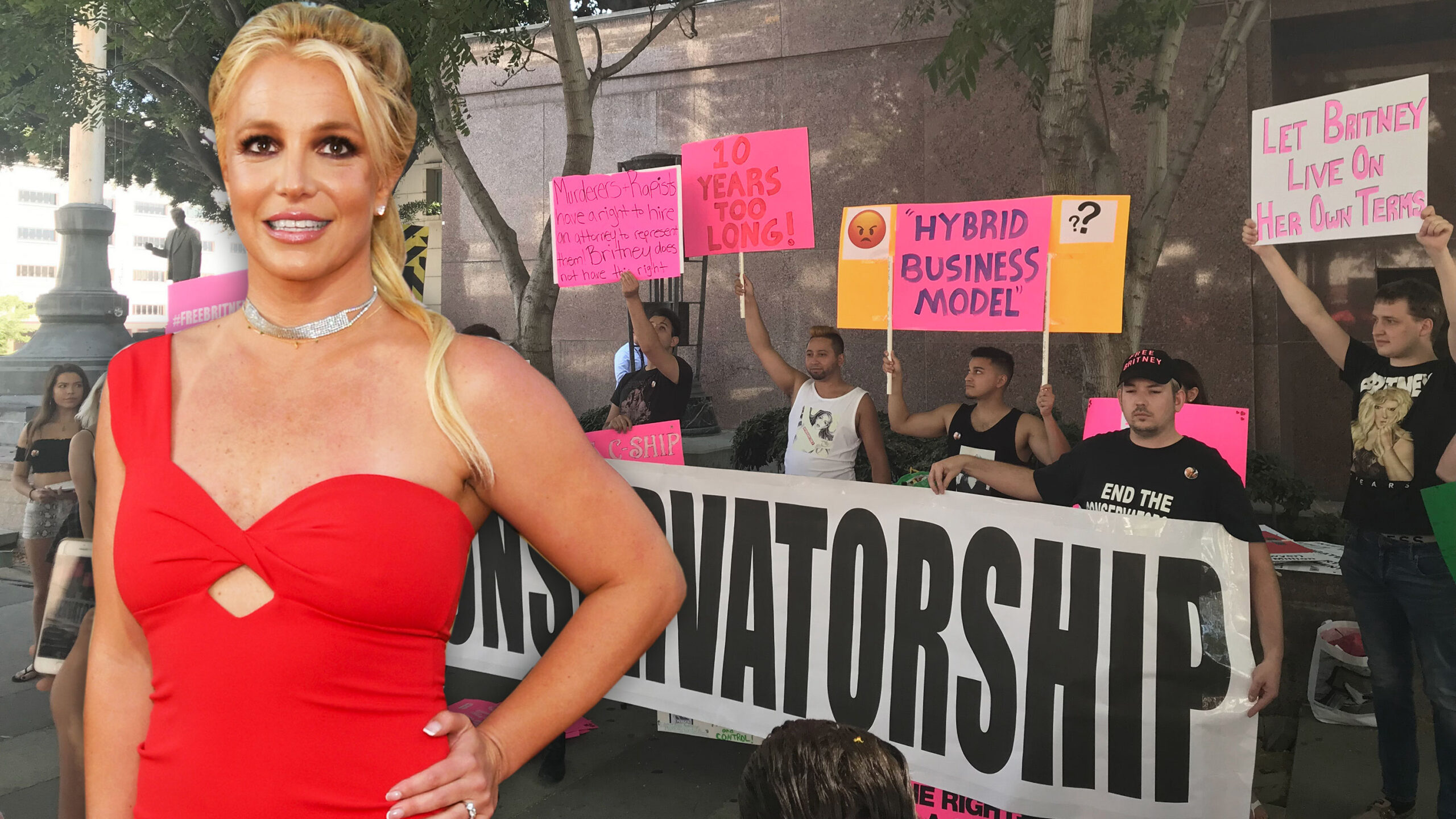 A message was posted to Instagram claiming Britney doesn’t understand why people want to “highlight the most negative and traumatizing times” in her life…but many fear this is simply damage control from her “toxic” team.

Since she was a young child, Britney Spears has lived her life in the spotlight. From her Mouseketeer days to her introductory “Baby One More Time” single to her umbrella-swinging, head-shaving breakdown, every move Spears makes has been heavily documented. The paparazzi made her life a nightmare during the height of her career, and it became so overwhelming that Spears took a step back from the spotlight.

Hulu’s Framing Britney Spears documentary was all the rage as it shined a light on the singer’s controversial conservatorship case involving her father. Spears hasn’t had full control over her life or career for years and her often puzzling social media posts have become a sort of deciphering game for dedicated fans. Now, despite Spears previously stating that she appreciates the “Free Britney” movement and the documentaries that have followed, a message has been posted to her Instagram account where supposedly she’s calling out the documentary producers for being just like the obsessive outlets that they’re reporting about.

“So many documentaries about me this year with other people’s takes on my life … what can I say … I’m deeply flattered !!!! These documentaries are so hypocritical … they criticize the media and then do the same thing,” she wrote on Instagram. “I don’t know y’all but I’m thrilled to remind you all that although I’ve had some pretty tough times in my life … I’ve had waaaayyyy more amazing times in my life and unfortunately my friends … I think the world is more interested in the negative.”

“Why highlight the most negative and traumatizing times in my life from forever ago ????” However, spears dedicated legion of fans weren’t completely buying the post. Quickly pointing out that Spears’ apparently hasn’t had control over her own social media much like anything else for quite some time. Fans believe this is simply damage control primarily from Spears’ father who is said to be desperate to keep her in the conservatorship and fight against the ‘Free Britney’ movement.

Only time will tell as the court battle to change Britney’s conservatorship is said to continue in the coming weeks. What do you believe? I think we can all agree that Britney’s social media has been a bizarre place for quite some time…but could that be because it’s not even her? Peep the post and reactions below:

Reminder: The Britney Spears' social media accounts aren’t owned or used by her. In late 2018, the accounts were trademarked by "Baby One More Time LLC" and because of this abusive conservatorship she is in, her father technically owns these accounts. #FreeBritney pic.twitter.com/J42FcsNSp5

When did reputable media outlets like @NBCNews @CNN @latimes begin reporting on Instagram posts as “NEWS”? What happened to journalistic integrity? A quick search of public records will show that BRITNEY SPEARS DOES NOT OWN, MANAGE, OR HAVE ACCESS TO HER SOCIAL MEDIA #FreeBritney pic.twitter.com/6wwMksJRlM

Notice how Britney Spears’ instagram captions changed ever since fans started doubting if she’s really the one posting in her account? They started mentioning the docus in posts, tagging brands/influencers haha

Reminder: Britney Spears has NO control over her social media accounts and has no say in what gets posted. This is her father doing damage control. He can fuck right off. It’s #freebritney ‘til Britney is 100% free from the conservatorship and free from him. https://t.co/Sr6Se6gwUv