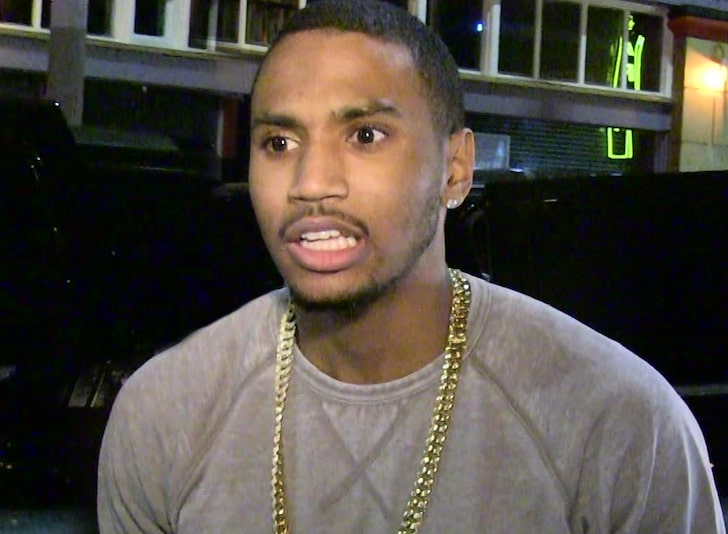 Trey Songz just dodged charges related to the alleged assault on a police officer at a Chiefs game but he’s facing a new lawsuit stemming from an alleged assault on a venue’s bar staff. According to TMZ, a man is suing Trey Songs for allegedly punching him in the head at the Hollywood Palladium before casually returning his focus back to the concert.

The lawsuit claims that the man was serving as the bartender around midnight when Trey Songz began hanging around the area. The bartender says Trey Songz jumped on top of the bar where he was watching his show. The problem is that it’s against the venue’s policy. The lawsuit claims the bartender told Trey that it was in violation of their policies but the singer allegedly ignored the call. The bartender said he eventually put his hands on Trey Songz’s back to get his attention when he was met with a punch to the head. Trey Songz allegedly gave the man a blank look before he continued to watch the concert.

TMZ reports that Trey Songz was confirmed to have been at the Hollywood Palladium on the night Cardi B was hosting an event in collaboration with Fashion Nova. The bartender is suing Trey Songz for physical, emotional, and psychological.

We’ll keep you posted on any more updates surrounding the lawsuit.