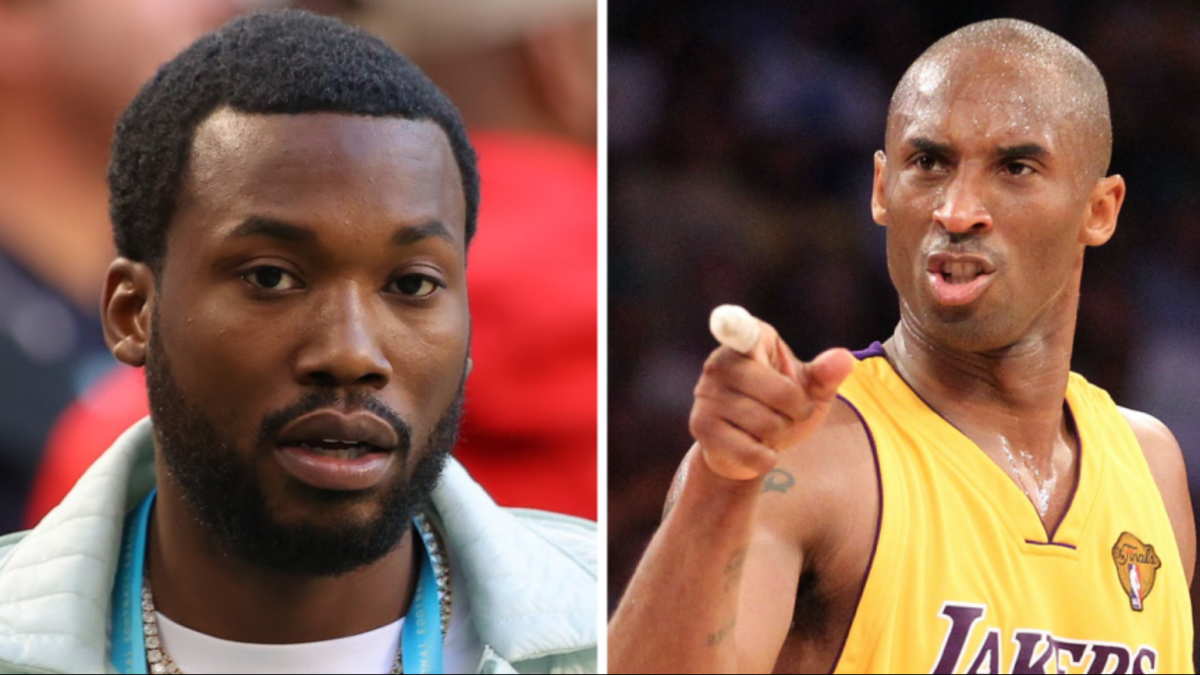 A snippet of a song surfaced online and once the public heard his lyric about Kobe, people unleashed their anger on the rapper.

Usually, snippets of songs are a cause for celebration for Rap fans as they get to hear a teaser of what’s to come from their favorite artists, but it didn’t work out so well for Meek Mill. The Philadelphia rapper has often previewed new songs for his fans and this time, a collaboration between him and Lil Baby surfaced on a fan page for the Atlanta star. Weeks ago, Meek teased a collaboration with Baby and Lil Durk, but it’s unclear if this snippet is from the same track.

There was only but a brief clip of the song posted to social media and soon, the internet was ablaze due to a lyric reportedly spouted by the rapper. “And if I ever lack I’m going out with my choppa it be another Kobe / Sh*t I can tell they ain’t never know me,” rapped Meek. Moments later, Lil Baby says, “I damn near wanna have a son so I can name him Kobe.” Fans didn’t take issue with Baby’s line, but they vocalized their ire by the thousands about Meek’s bars.

Many have considered the lyric to be disrespectful, calling out the rapper for recording it and even invoking cancel culture, urging fans to reconsider supporting him. While the line is possibly pretty harmful, Meek doesn’t appear to be too shook about the public’s reaction to it. He reacted on Twitter, posting, “somebody promo a narrative and y’all follow it…. y’all internet antics cannot stop me ….sh*t like zombie land or something! Lol.” He continued, adding, “They paying to influence y’all now … its almost like mind control ‘wake up’.”

“I’m going out with my chopper, it be another Kobe” – Meek Mill pic.twitter.com/VfzoFIRVo6

somebody promo a narrative and y’all follow it…. y’all internet antics cannot stop me ….shit like zombie land or something! Lol

Meek Mill remains a trending topic on the microblogging platform on Thursday morning as people continue to react to the leaked bar, which has now been removed from the internet. In addition, the account that went viral by posting it was suspended, meaning that Meek (or his label) likely took matters pretty seriously, ordering a copyright strike. Take a look at the reaction below. Do you find the bar offensive or are people overreacting?

Fans are upset that a preview of a snippet featuring Meek Mill and Lil Baby shows Meek saying a disrespectful bar about Kobe 👀 pic.twitter.com/FvqKZhwrFc

Meek Mill will never have bars like Kobe had bars pic.twitter.com/gDgSEXoX7B

How black Twitter is doing Meek Mill after hearing that line about Kobe pic.twitter.com/lrU6w8cfOj

Meek Mill said what about Kobe.. going out with your chopper?! 🤦🏾‍♂️ pic.twitter.com/wul9aOEa38

Meek Mill has been ruining his own career for 6+ years already. Let it die already. This man has no sense of awareness and has too many yes men around him to tell him he’s wrong, cause he’s sensitive as hell

Can’t believe those people in the booth let that Meek Mill Kobe line make it pic.twitter.com/cqBxLmeeFt

how everyone doing Meek Mill for that line about Kobe pic.twitter.com/YhwZeobHjB