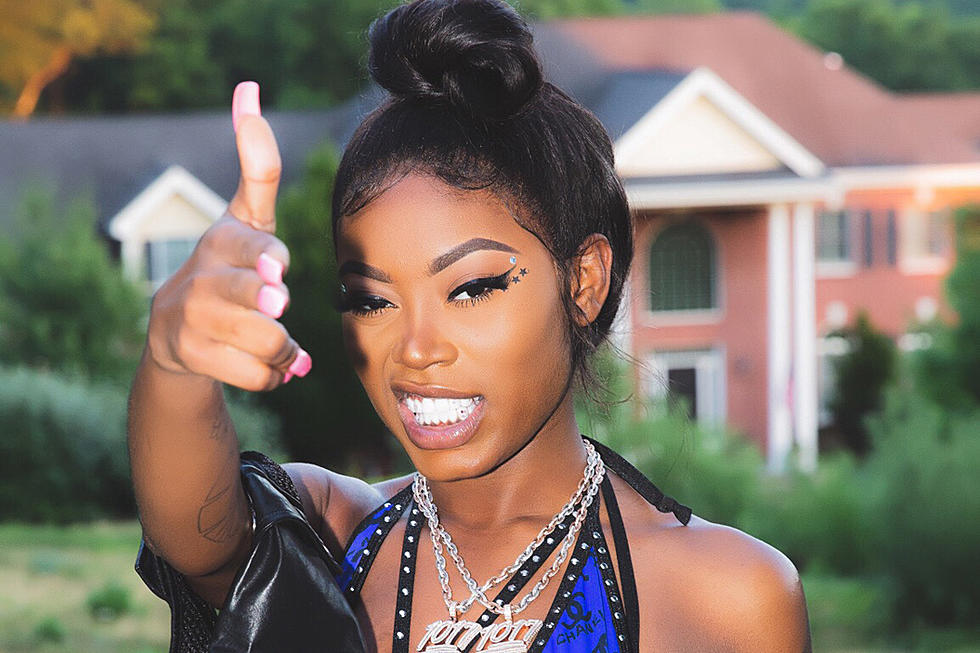 For somebody that has called themselves Asian Doll, it’s funny that the Dallas-based rapper isn’t here for a little overseas based cuisine.

Asian Doll seems to always be getting some heat for something that came out of her mouth. This time, folks were apparently unhappy about whats she was willing to put in it. The “Nunnadet Sh*t” rapper has come under fire again because of a recent tweet where she asked what to order at an Indian restaurant, claiming that everything on the menu looked unappetizing. “I’m at this Indian restaurant what should I order everything look nasty,” said Asian Doll, not realizing that what she had just typed may offend some. Of course, people were quick to ask the star to delete her post, explaining why her comment could hurt somebody. She was seemingly upset about her lack of freedom of expression on the internet, saying, “Dam I can’t ask wtf to eat at a restaurant without childish ass b*tches cracking jokes.”

After reflecting on the tweet, Asian Doll has officially issued an apology to anybody that she may have offended with her words. “Love all people,” she clarified. “I Just be speaking my mind like always sorry if anybody was offended.”

Hopefully, she’s learned from her mistake. It’s pretty unclear why she felt the need to specify that the food she was about to order looked “nasty”. Why wouldn’t she just… I don’t know, leave? Regardless, hopefully, she had a good meal and was able to enjoy the deliciousness of Indian cuisine. What do you guys think? Did Asian really say anything offensive or were people doing too much? Peep the receipts and reactions below:

Asian Doll had the nerve to say Indian food looks nasty and her stage name is Asian Doll. The jokes write themselves.

"Asian" doll went to an Indian restaurant and said their food looked nasty. 🙃

All Asian Doll had to say was “I’m at this Indian restaurant what should I order.” The rest was unnecessary.

You saying our food look nasty tho… our food looks delicious, I’m an Indian and that got me tight lmaoooo and I liked you and your music

I dunno what’s more disrespectful…Asian Doll’s tweet about Indian food or how many people don’t know India is in Asia.#IHateItHere