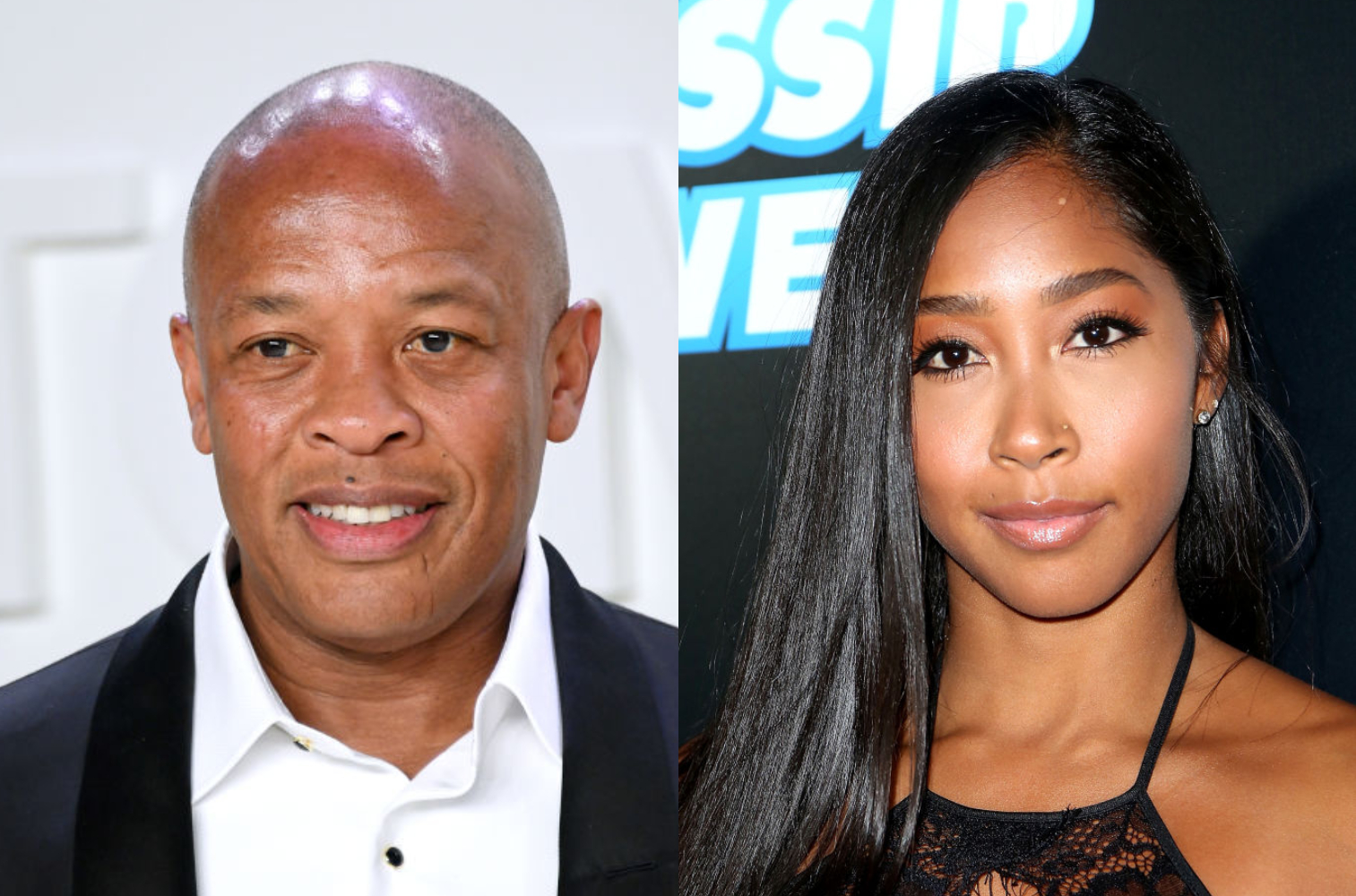 I mean, let’s be honest..what else would Dr. Dre really be doing with Apryl?

Dr. Dre appears to be recovering well, after suffering from a brain aneurysm that landed him in the ICU. Since returning home, it seems not only has his health returned, but his love life may also be thriving. The producer was spotted out at BOA Steakhouse in West Hollywood, California for dinner with a woman on Wednesday night, whom many are speculating is none other than Love & Hip-Hop: Hollywood star Apryl Jones.

In both photos and video captured from the evening, th rapper seemed to be keeping things casual in an all-black fit. Despite the inability to identify faces due to masks, fans believe Dre’s mystery date is none other than Apryl Jones, Omarion’s baby mama who was under fire in recent times for bump bump bump’ing and hopping bandmates when she hooked up with Omarion’s B2K “bro” Dreux “Lil Fizz” Frédéric.

Though some tried to act is if they couldn’t make out Apryl through the mask, per usual, the internet did their thing and uncovered photos of Jones’ tattoos (below), showcasing an identical tattoo in the same location on Dre’s date.

The Compton native is in the middle of finalizing his divorce with estranged wife Nicole Young, whom he married in 1996. According to a report from TMZ, the Beats Electronics founder has been providing about $294,000 monthly to Young since their split.

The former couple continues to work things out in a rather nasty court battle, including the handling of a prenuptial agreement that Dre reportedly destroyed during a good part of their marriage. Young has reportedly requested the court to look into the cash flow of the three mistresses the rapper was involved with during their 25-year long marriage.

So, what do you guys think? Where do you see this going with Dr Dre and Apryl? Are you here for it?

Dr Dre has a long history of beating women and constantly cheating on his wife so why would Apryl want to deal with all that……….. oh never mind I forgot about his money lol pic.twitter.com/vdH5pIea6e

Apryl Jones & Dr. Dre? At least she got some common sense and started fucking a nigga with money. Cuz that Lil Fizz thing was cute but cute don't pay the bills baby.