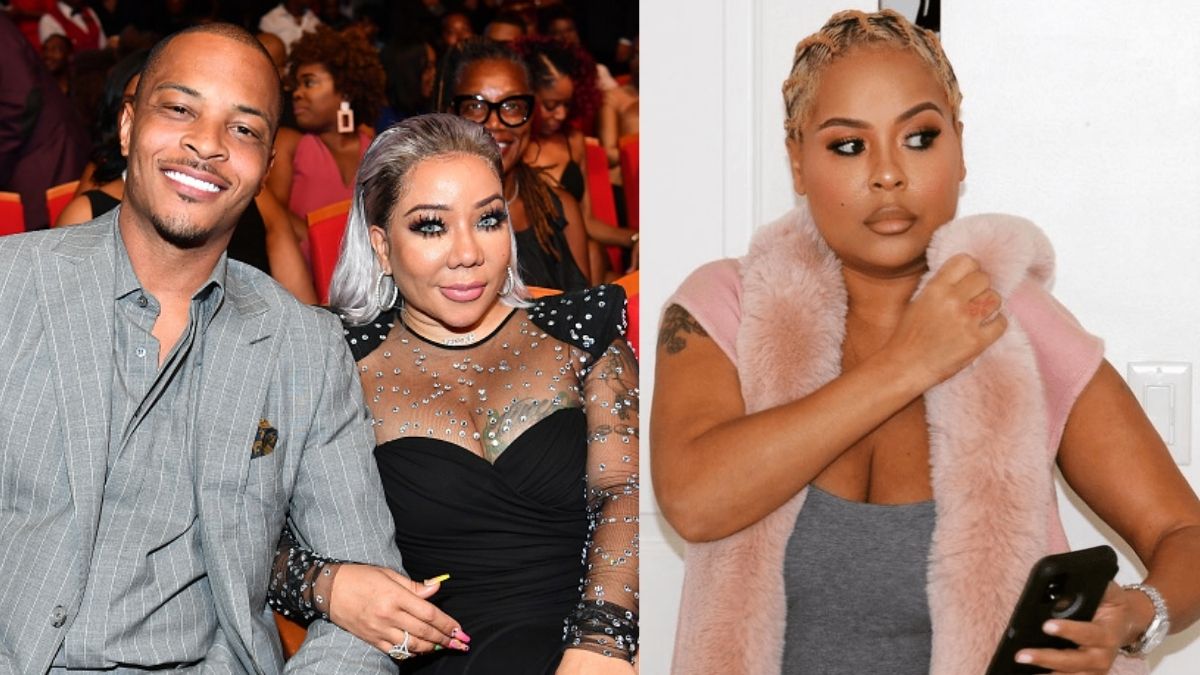 It’s safe to say that T.I. and Tiny have no plans to apologize to Sabrina Peterson.

T.I. has made it clear– he’s not apologizing to Sabrina Peterson, the woman who spearheaded a movement bringing dozens of sexual assault, rape, and drugging allegations against the rapper and his wife, Tameka “Tiny” Harris. Last week, Peterson suggested that she would drop her lawsuit against the couple, who she was formerly close friends with, if they apologized publicly to her. Peterson came forward and claimed that T.I. threatened her with a gun in front of her children, which the rapper has denied. As it pertains to the apology request, it’s safe to say that Tip and Tiny have no intention of succumbing to the pressure.

After attending a party at Diddy’s house with Kevin Hart, Dave Chappelle, and other A-listers, T.I. shared a picture of himself bursting into laughter, using his caption to deliver his response to Sabrina Peterson.

Some fans are behind the couple, claiming that they shouldn’t be apologizing to Sabrina or the other alleged victims for something they claim to have never done, standing up for Tip and Tiny. Others are calling out the duo for making light out of such serious allegations.

On her own IG page, Peterson shared a “Narcissist checklist,” implying that T.I. meets each one of the fourteen criteria. Emphasizing that he’s the target of her post is an attached picture of T.I. hanging out with R.Kelly, the implication speaking for itself.

With T.I unwilling to budge in his position of innocence and Peterson determined to make him, at the very least, apologize for his alleged wrongdoings, it’s uncertain as to how this one will play out. Granted, I totally understand Tip and Tiny’s unwillingness to publicly apologize for something if they really didn’t do it. The public wouldn’t care about the details and only see an apology as an admission of guilt. What do you guys think?