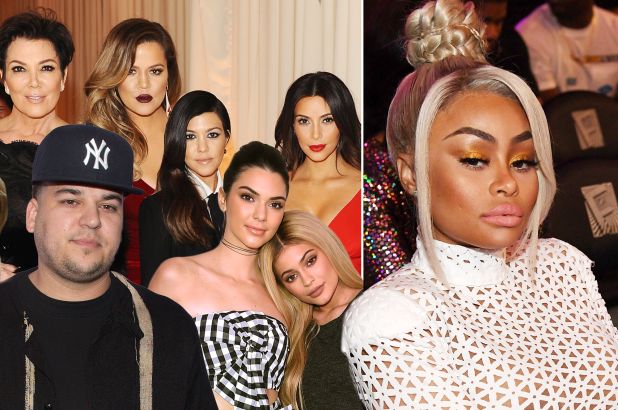 This unprovoked attack may have been a better suggestion from someone else as I really don’t believe Chyna being perceived as “ghetto” has anything to do with her being a single mother.

Despite trying her best to become one of them and get a come up since, Blac Chyna is still pressed like a panini over the Kardashian’s. For those unfamiliar, Tokyo Toni’s daughter has been having issues with the Kardashian family for a minute, challenging them in court during a high-profile trial this year. Previously, the former video vixen was entangled with Rob Kardashian, having a child with the rarely heard-from celebrity. Since splitting with Rob, Blac Chyna has had nothing but negative things to say about his family, bashing them on numerous occasions. That continued over the weekend after she called the family “ghetto” in an unprovoked attack on Instagram.

Sharing a photo of all the sisters together, including Kim, Kourtney, Khloé, Kendall, and Kylie, Chyna offered some unsolicited commentary on the family suggesting a double standard in how they are perceived.

“If they were black, they’ll say it’s Ghetto BUT ALL OF THEM ARE BABY MAMAs,” she wrote on the picture.

All of the sisters except Kendall Jenner have had children. Kim Kardashian has four kids with Kanye West. Kourtney Kardashian co-parents her three children with father Scott Disick. Khloé Kardashian gave birth to baby True Thompson with her on-again-off-again boyfriend Tristan Thompson by her side. And Kylie Jenner has a child with rapper Travis Scott.

The Kardashians didn’t say anything to provoke this sort of petty response from Blac Chyna, so it’s clear that there’s still a lot of bad blood between both sides. I think the interesting thing here is that most people will probably agree with Chyna simply because they don’t like the Kardashian’s…but I don’t think anyone thinks their relationships have been ideal situations. Chyna’s public perception also has nothing to do with the fact that she’s an unwed mother herself, so.. not quite sure what the goal was here. What do you guys think? Was Chyna speaking facts?

Check out Blac Chyna’s message below.

A post shared by Day Got Da Juice 🥤🍹 (@spillinjuices_)