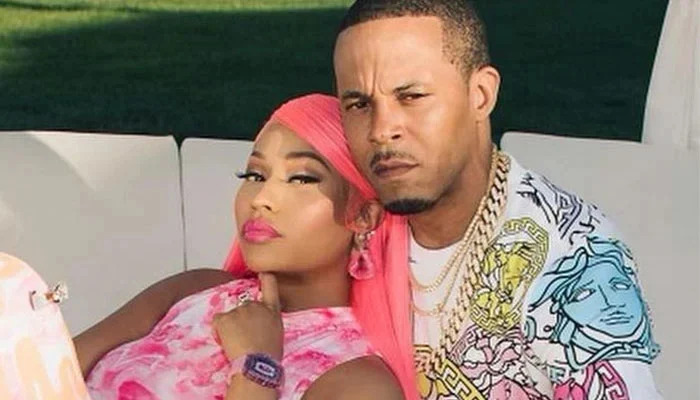 I just don’t understand what the thought process was here. So did Mr Minaj think that he’d be able to just claim he didn’t go to COURT and the COURT wouldn’t just pull up the COURT TRANSCRIPTS? But hey, desperate times call for desperate measures, right?

Nicki Minaj once rapped about “sh*tting on” her foes and that’s exactly what the court did to her husband’s plans of possibly getting off of the sex offender registry, sh*tted on ’em. By now Minaj’s husband Kenneth Petty’s extremely soiled past is no secret to the world. Despite he and Minaj’s dedicated fans seemingly indefinite job of erasing that past, one group that won’t let Petty forget where he came from is the court of law.

Petty, who was convicted of attempted rape in 1995 after being accused of sexually assaulting Jennifer Hough, tried to argue in a Brooklyn Federal Court lawsuit that he never got the chance to contest his status as a medium risk offender.

Petty and his lawyer attempted to sell the story that he was never notified about a 2004 hearing to challenge that status and that someone forged his signature on a document about the proceeding. Plus, he claimed he couldn’t have possibly been told about the hearing because he was in state prison for a whole different crime.

However, apparently they didn’t think that story all the way through as a court transcript showed that Petty was not only present at the hearing he said he didn’t know about, but that he also didn’t object to being listed as a level 2 sex offender.

According to New York Daily News, conveniently after the state Attorney General’s office included a copy of the transcript in a court filing on Thursday (Jan 5) Petty asked Judge Eric Komitee to have his lawsuit withdrawn.

“We’re not going to contest it,” the transcript reveals Petty’s lawyer at the time said in the Dec. 14, 2004 hearing in Queens Supreme Court. “I have spoken to the defendant and I’ve explained to him what’s happening here and he is satisfied with the Level 2.” A search of public records also showed that Petty wasn’t locked up again in state prison until 2006, after his manslaughter conviction in a 2002 homicide.

So there you have it folks, money may not be the solution to all problems. Apparently the only way to avoid a disgusting past is to not commit to disgusting acts. It’s important to note that this case was separate from his victim Jennifer Hough’s lawsuit against Petty where she claims he harassed her in attempt to get her to recant her story after marrying Minaj. That case is still on-going with the judge encouraging them to settle through mediation. A mess. Thoughts?