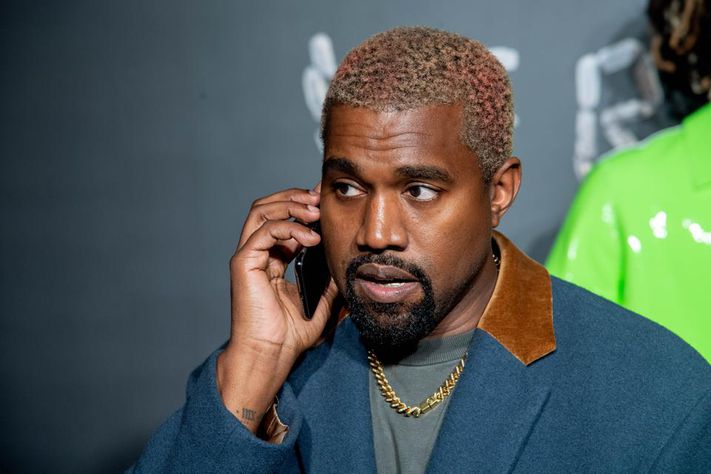 Forbes is basically pulling a Kanye on Kanye. It’s all very reminiscent of that classic “I’ma let you finish, but…” Taylor Swift moment.

Kanye West was recently reported as the richest Black man in American history, which is an outstanding accomplishment for somebody that was $53 million in personal debt just a half-decade ago. Reports by well-respected publications, including Bloomberg, claimed that the music mogul was worth an estimated $6.6 billion this week, with his Yeezy empire comprising more than half of his financial portfolio.

While the world continues to react to the reports, Forbes is raining on Kanye’s parade (again) by publishing a report that disputes his earnings, bursting his bubble, and reporting that he’s actually likely only worth about $1.8 billion.

“West’s wildly optimistic approach to his net worth mirrors the approach used by Donald Trump, who insists the value of his name be included in any net worth estimate,” states Forbes staff writer Madeline Berg. “Trump, who we value at $2.5 billion, says his brand has an intrinsic value, regardless of actual revenue. West and his camp are making a similar argument for businesses attached to the Yeezy name.”

If you don’t understand what this means, basically, Forbes is saying that Kanye’s estimate is inaccurate because it includes future assets. In Forbes’ own evaluation, the Yeezy x GAP collaborative partnership, which Bloomberg reported as being worth nearly a billion dollars, is valued at $0 because no products have been made available on the market yet.

The report also disputes the headline that Kanye West is officially the richest Black man in American history, awarding that honor to Vista Equity’s Robert F. Smith, who Forbes estimates at $6 billion. The numbers presented by Forbes still mark a tremendous rise in Kanye’s net worth, considering the publication previously disputed that West wasn’t even worth a billion. The artist was previously critical of Forbes, calling them his “favorite white supremacists”. “They gangster, bro. They don’t live in 2020. They act like it’s 1800s, still,” he said during an interview with Nick Cannon last year.

As far as I’m concerned, Kanye’s success is something to be proud of. No matter what he’s richer than most of us and if he’s contracted to receive income that would take him to the 6 billion, it’s his, whether it’s future or not and whether he’s dead or alive. So let the man have his recognition. What do you guys think?