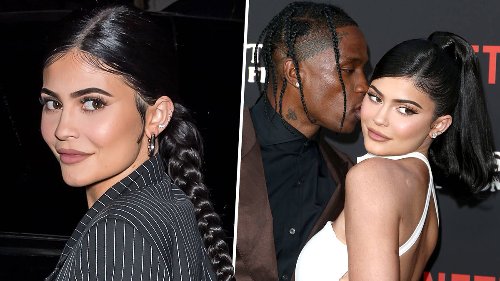 Or maybe they’re in an open relationship and Kylie just doesn’t know? I kid, I kid.. though it is totally possible.

Travis Scott and Kylie Jenner have had an on-again-off-again type of relationship over the last few years and sometimes, fans are confused about their status as a couple. They are currently co-parenting their daughter Stormi and they have certainly been friendly with each other despite any issues they may have had together. Today, however, reports surfaced that the two were back together and that they were committing to an open relationship that would allow both parties to date outside of the union.

Kylie has seen the reports and as you can see in the tweets below, she is not happy about them. Responding to the Daily Mail, Jenner said that these reports are false and that while she has no disrespect towards polyamorous people, there is no way she and Travis are in an open relationship.

you guys really just make up anything. pic.twitter.com/Q0LPxgiRGg

i’m not discrediting anyone who is in an open relationship but it’s just careless and disrespectful to throw this narrative out there without knowing what’s true.

i just saw this but yes tmz too lol https://t.co/qtuaoDHADd

“You guys really just make up anything,” Jenner wrote. “I’m not discrediting anyone who is in an open relationship but it’s just careless and disrespectful to throw this narrative out there without knowing what’s true.”

Based on her social media posts, it’s clear the reports struck a nerve, and she even noted that despite the TMZ report, it was all false. As it stands, her relationship status with Scott remains up in the air. Perhaps, we all should mind our business and let these two co-parent with a little banging on the side in peace. Thoughts?