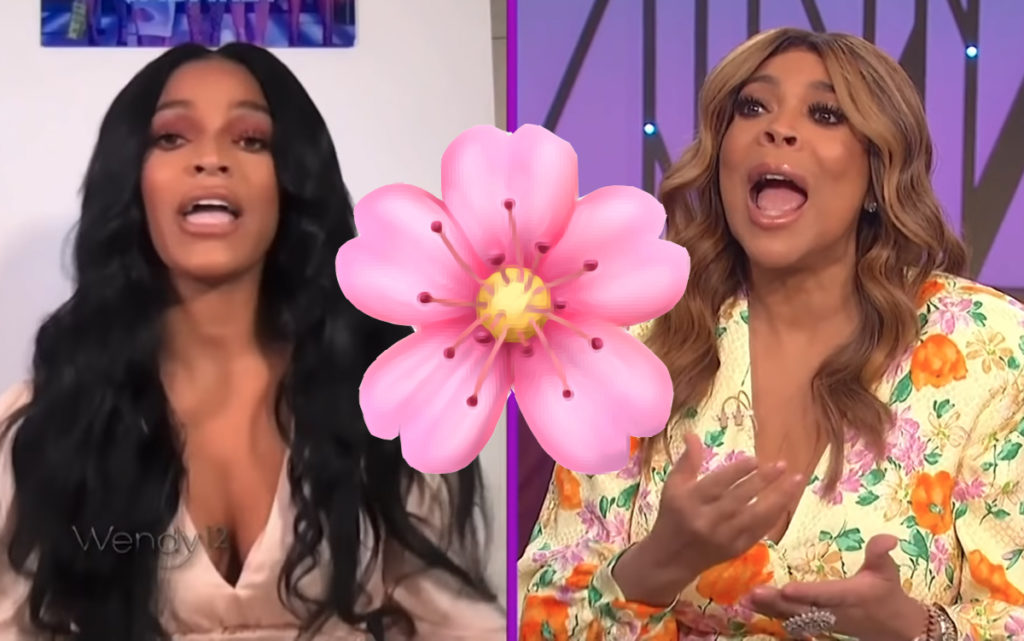 Did you ever really love me Wendy? Their last conversation on Williams’s show went viral after things got a little spicy almost immediately when Joseline demanded respect from the talk show host.

Weeks ago, things got a tad heated on The Wendy Williams Show. The controversial talk show host is known for her often brash takes on pop culture, but not many celebrities or notable figures call her out on her remarks considering it’s simply become a part of Williams’ brand at this point. That is until Joseline Hernandez made an appearance and let Williams know that she hasn’t been a fan of some of the things Wendy has said about her in the past…and she literally refused to let it go.

When Joseline told Wendy that she should give her flowers for her accomplishments, Williams picked up literal flowers from the set and tossed them in Joseline’s virtual direction. The reality star spoke about her encounter with Williams while chatting with Entertainment Tonight and made it clear that she doesn’t have any intention of speaking with her again.

“She was very rude and as the host, no matter who you are, you still should be respectful to the people that sit in front of you and speak to you and give you their story or their time and their conversation,” said Joseline. “When she threw the flowers at me, when she was being real disrespectful and not acknowledging the fact that when Latinas and Black women sit on her couch, she’s always going for annihilation.”

“She don’t give me my props for nothing that I do. I’m thirty-five years her junior and she don’t give me no props,” she added. “I’m doing big things out here, I got two shows that I own, I franchise. I’m doing my thing, I got an actual cabaret show that we are going to Vegas next season. But you always want to compare me with people.”

Joseline also claimed that Williams contacted her for a private conversation, but she wasn’t interested. “I was like, ‘I don’t want to talk to that B-*-T-C-H,’ I’m sick of her.” Check out her interview below and let us know what you think of all this.