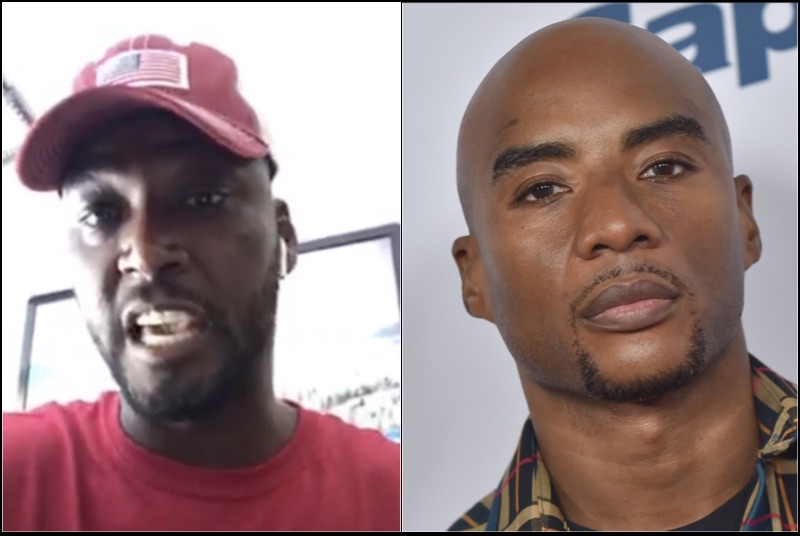 Charlamagne isn’t exactly a stranger to controversy or making people upset with his take on various subjects in entertainment… however, this one took a rather ugly turn as his words caused Kwame Brown to drag his own skeletons out of the closet.

This all started with Stephen Jackson and Matt Barnes clowning Kwame Brown on the All The Smoke podcast, which Brown later decided to clap back on starting a war of words where he stated he was addressing anyone bad mouthing him after remaining silent for many years. The Breakfast Club later weighed in on the controversy, and a few notable remarks were made by Charlamagne Tha God. The radio host brought up Brown’s family and their sordid history that allegedly involves domestic abuse and murder.

Brown returned with a message for Charlamagne, asking him why he found it necessary to bring up family members that he has no relationship with in order to paint him in a certain light. The former NBA player brought up the previous rape case against Charlamagne and vowed to find the woman who was reportedly involved. Brown then went on several rants about the case and claimed he’d received a cease and desist from Charlamage which only seemed to throw gasoline on the fire, even resulting in Wendy Williams’ ex-husband Kevin Hunter backing up his claims and Funk Flex adding his own input by resurfacing an interview RealChokeNoJoke did with the alleged victim and her mother a few years ago.

Now, I think the most important part to get out on the table here is the facts for those who don’t know, so here is what Charlamagne has previously said about the case and what he pleaded guilty to. According to documents obtained by the folks over at The Blast, Charlamagne Tha God (aka Lenard Larry McKelvey) was arrested on July 2, 2001 on a warrant stemming from a charge of criminal sexual conduct with a minor in the 2nd degree, for an incident that allegedly occurred the month before.

More specifically, the documents accused the then 22-year-old Charlamagne of “willfully, unlawfully, and feloniously engage in penile/vaginal intercourse with a fifteen-year-old female child.” McKelvey pleaded guilty at the time to “contributing to the delinquency of a minor,” a less-severe charge, and received three years’ probation.

When previously asked how he managed to get off on the charge, Charlamagne replied “I didn’t do it.” He says that he was 20 years old when he threw the party (according to the arrest warrant, he was actually 22), and specifically recalls a girl who was in attendance: “She got drunk, high, whatever… something happened in the room with a couple of my dudes.” He insists that he had left at that point, continuing, “the next morning, I’m hearing she says she got raped.” “I just told the detective, look, I take full responsibility for anything that happened in the house last night… nobody got raped.” McKelvey claims he was arrested because police had no one else to pin the crime on: “So being that I went down there and took full responsibility, so, lock him up.” “Whoever touched her, it wasn’t me,” he added.

This is the event that Kwame has been referring to, but he repeatedly referred to Charlemagne as a rapist and this is what caused the cease and desist from Charlamagne’s attorney. Peep the receipts from all of this drama so far below and we’ll be sure to keep you posted as more comes in. Do you believe the accusations against Charlamagne?

Everyone should leave Kwame Brown alone. @cthagod explains why 😳pic.twitter.com/j4HNiLEukh

Twitter cut out the best part of Kwame Brown’s rant on Charlamagne tha God so here it is pic.twitter.com/3GhsxXFFLM