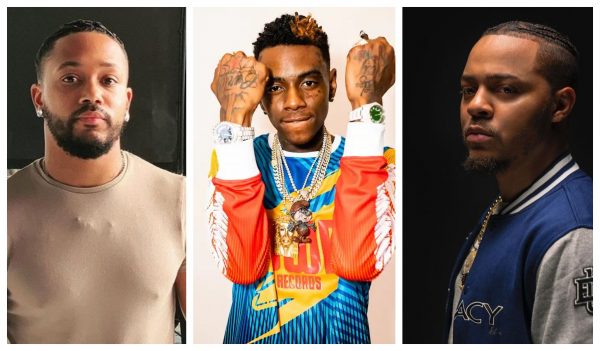 Romeo out, Soulja in? Soulja Boy and Bow Wow will reportedly be engaging in a Verzuz Battle that will certainly turn some heads.

Soulja Boy is undeniably one of the most noble characters when it comes to artists who pioneered the social media age, fans know exactly what he’s accomplished. Soulja is responsible for some of the most memorable hits from the late 2000s and even in 2021 continues to make moves. Over the last few weeks, he has had absolutely no problem taking time to remind folks of his accomplishments, and fans have been reminiscing about his biggest hits. As a result, Soulja is looking to prove himself among his peers, and this hunger led to an exchange between himself and Bow Wow.

The two contemplated doing a Verzuz battle against one another, and now, it seems like this battle has been made official. A few days ago Bow Wow shared a video in the club on Facetime with Soulja Boy and in the clip, they claimed that a Verzuz battle would go down on June 26th which is next month. To add credence to this, Soulja took to Twitter yesterday, telling his fans that the battle was official.

Bow Wow didn’t waste any time responding to Soulja’s possibly premature announcement stating, “Soulja, I have so many No. 1s,” Bow Wow said in an Instagram video, Saturday. “If you go on Google right now and you type in ‘Rappers with the most No. 1s,’ you will see Drake first, Eminem, Lil Wayne. I’m on a list with a lot of greats. There ain’t a lot of us.”

Last week, Romeo Miller attempted to put his bid in to go against Bow but it didn’t seem like fans thought it was an accurate match up, however Bow has taken to his Twitter letting Swizz Beatz and Timbaland know he’s down for a to battle them both on the same night.

Timbaland and Swizz Beatz have yet to confirm whether or not this is actually going to go down, however, the tweet and the clip above are promising indications of the future. These are two artists who helped grow throughout the internet age, and for now, it seems as though they are evenly matched. Not to mention, a battle between these two would bring about a ton of entertainment and probably some viral clips as well.

Are you here for this Verzuz if it’s actually going down? Do you think Romeo should be added in? Who y’all got?

@THEREALSWIZZZ @Timbaland I WANT TO BATTLE ROMEO AND SOULJA ON THE SAME NIGHT!