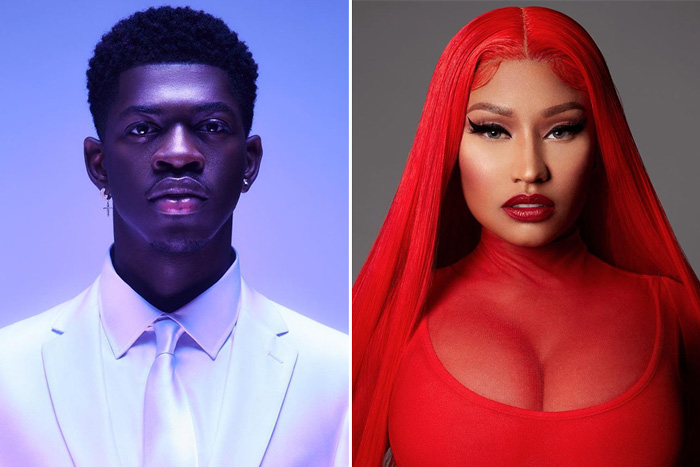 People have to realize there’s no rationalizing or winning with crazy. The “Barbz” are the prime example of toxic Stan culture, “supporting” their fave artist by harassing everyone else rather than actually focusing on what matters… the music.

Lil Nas X has a complicated history when it comes to Nicki Minaj and her fans, he was once apart of the cult himself but is now at a point where not even he is willing to speak on her. The 22-year-old pop star has one of the most interesting backstories in the entire music industry, starting out as a popular social media troll, as one of the most active Nicki Minaj stan accounts on Twitter before embarking on his own musical journey.

During his rise to the top of the charts Nas was pressured by Minaj fans to “admit” he was a “Barb” for whatever reason and since, he has shown love to Nicki on numerous occasions, even sharing a quick exchange with her on Twitter last year. Despite all the love he’s displayed, per usual that is still not enough when there’s the potential to be negatived. The Barbz have seemingly taken issue with LNX constantly bringing up his Nicki fandom, attacking him online following the release of his latest single.

In his latest music video for “SUN GOES DOWN,” Lil Nas X writes a letter to his younger self, reflecting on his time as an infamous Minaj stan before launching his music career. While some of Nicki’s fans have supported him, Lil Nas has also received a lot of hateful messages– enough that he has told the world that he’s going to stop mentioning Nicki publicly.

“To the barbz who feel i’m using nicki’s name for attention, the song i released last night was recorded last year. and it’s about my life which 6 of those years were dedicated to nicki. it’s no fake love,” wrote the rapper on Twitter. “But i understand how it looks so i will no longer mention her.”

to the barbz who feel i’m using nicki’s name for attention, the song i released last night was recorded last year. and it’s about my life which 6 of those years were dedicated to nicki. it’s no fake love. but i understand how it looks so i will no longer mention her. 🤍

I wonder when they read things like this if their actions sound as dumb as they look to everyone else. You pressured the boy into saying he was a fan (as if it really mattered), to then turn around as say he shows too much love and is “using” her when in reality his current releases have been doing much better than her’s for quite some time now so why would he need…nevermind, like I said, you can’t rationalize crazy. Thoughts?