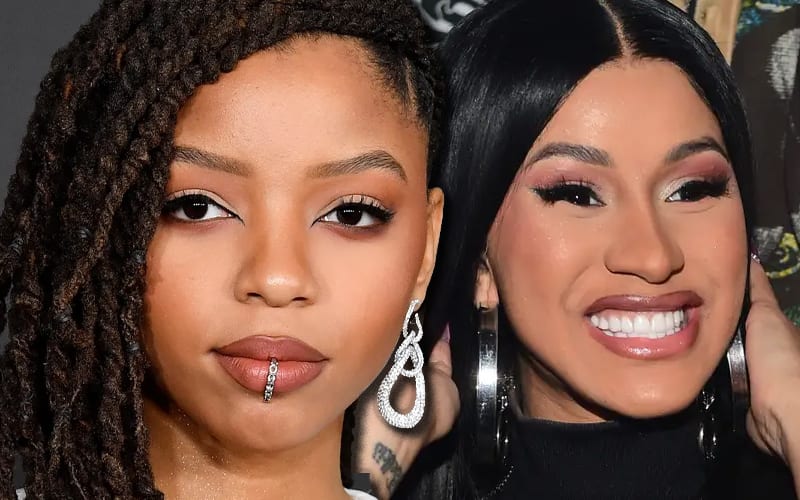 I’m probably the happiest I’ve even been in my relationship yet Chloe’s version of ‘Be Careful’ immediately took to me a place as if I was in the sequel to ‘Waiting to Exhale.’ (Which the original actually does as well)

It’s been over three years since Cardi B unleashed her debut album, ‘Invasion Of Privacy’ which remains a commercial success on the charts. The single “Be Careful” caught many off-guard, as some never really expected to hear the “Bodak Yellow” rapper showcase a softer more vulnerable side of herself prior to that. This alone has made the track a fan favorite off of the project and recently got the remix treatment from one of R&B’s most promising young stars.

Chloe Bailey has remained one of the most promising young stars in R&B. While Chloe x Halle is still riding high off of Ungodly Hour, Chloe has been taking to the ‘Gram with short covers of some of her favorite records. She’s remixed records from Yung Bleu, Silk Sonic, and more which received praise from their fans and the artists she’s covering. The latest record she flipped is the Invasion Of Privacy single, “Be Careful” which has since received Cardi B’s stamp of approval.

“This is soo beautiful got me smiling from ear to ear and blushing maa hard,” she wrote on Twitter. “You see this how I thought I sounded on the track.”

Chloe replied, “you BODIED this, thank you for this song.” Take a listen to Chloe’s version along with Bardi’s reaction below and let us know what you think. Did she nail it?

you BODIED this, thank you for this song 😭🥰☺️☺️