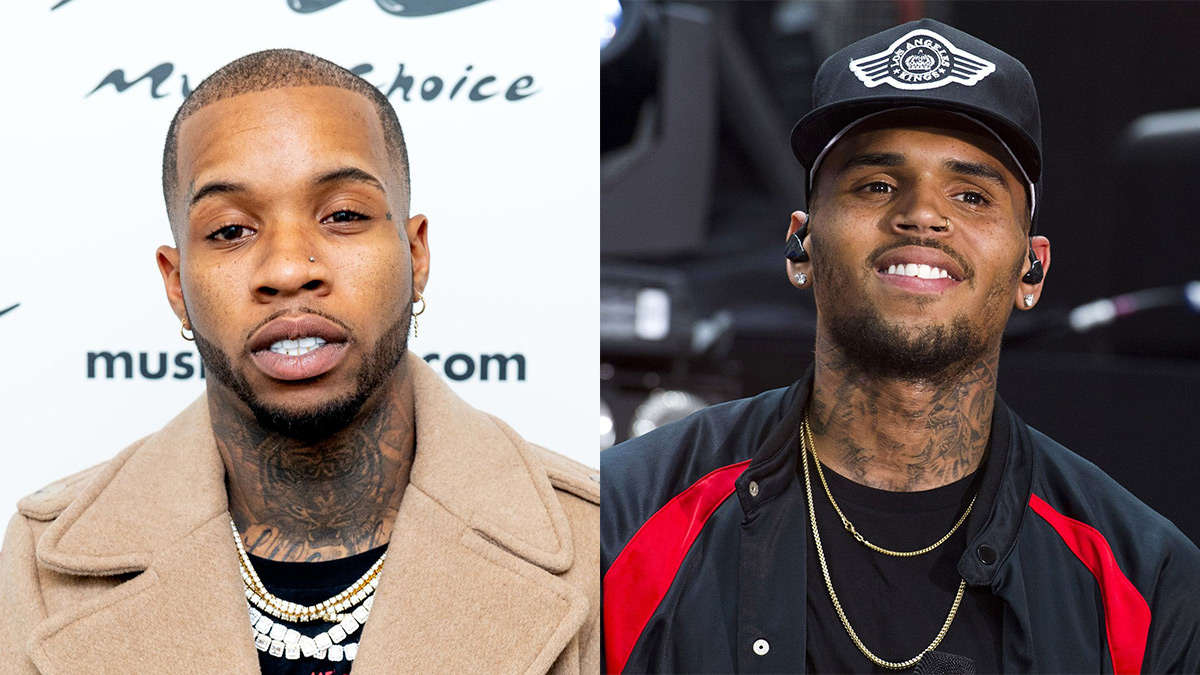 Apparently little Tory Lanez isn’t letting a couple bullets allegedly in a women’s foot slow down his run to his pot of gold…and he’s bring Chris Brown along for the rainbow ride.

Despite everything that has happened over the past year, pint sized artist Tory Lanez has managed to keep things going. Back in March, he dropped off a brand new project called Playboy and since then, he has been promoting the project in various different ways. On Saturday night, Lanez got to perform the album during a virtual live show that was hosted on the internet. In the absence of festivals and concerts, this is the only way artists can perform and Lanez embraced the new reality and surprisingly some folks actually tuned in to see him.

Following the show, Lanez got to speak to DJ Carisma where he dropped some big announcements directly from his pot of gold. For starters, Lanez is set to drop two new singles and each one will have features from the likes of DaBaby and Yung Bleu. His biggest announcement, however, turned out to be the fact that he will be releasing a collaborative project with none other than Chris Brown which got mixed reactions from fans.

These two have linked up before on new music so it shouldn’t be a surprise that they would want to make a whole album together but while some seem to be excited by the prospect of these two continuing to come together, some are also questioning why Brown would collaborate with Lanez considering the heat surrounding his name right now in comparison to his own controversies that he’s struggled to live down for so long. “Tory Lanez and Chris Brown coming together to make the domestic violence album of the year,” one fan wrote on Twitter.

While based on both their sounds blended together, this may have the makings of musically a great collab, it is perfectly understandable why some may question Chris’ ability to read the room on this one considering his own checkered past that many continue to remind him of to this day. Take a look at some of the reactions below and let us know what you think? Do you think it’s fair to judge artists who decide to work with the Leprechaun King? Are you here for this album?

Last night Tory Lanez performed his new album 'Playboy' virtually and after the show spoke EXCLUSIVELY to our very own DJ Carisma about a few things he has lined up like feat. from Da Baby and Yung Bleu… 👀 ANNNND let’s not forget the album with Chris Brown‼️😬🔥 pic.twitter.com/kUTN7YpSLo

Tory Lanez & Chris Brown coming together to make the domestic violence album of the year pic.twitter.com/SX8Xdn5bfk

Chris Brown and Tory Lanez making a joint project. Mfs merging the power of misogyny into one album

“How did our Aunties let R Kelly continue to prosper after all those years when everyone knew he liked young girls?”

Tory Lanez and Chris Brown got a project together and someone said “Abusers Assemble!”