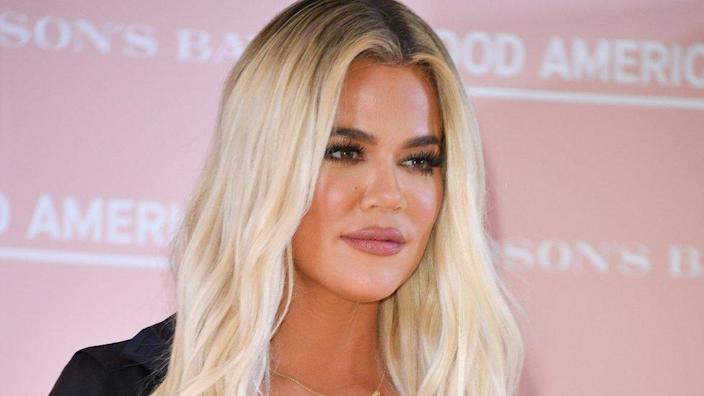 Sometimes it’s still pretty astonishing what people will go through to put on for the internet. After receiving flack for literally trying to get an unedited bikini photo scrubbed from the internet, Khloe opens up about her insecurities.

The Kardashian-Jenners have arguably set the pop culture beauty standard, yet still, the group of models and moguls are vocal about their own insecurities. Khloé Kardashian has been a trending topic for the better part of 24 hours because she has unleashed her legal team to rid the internet of a photo of her in a bikini. (Won’t post it here, because I just got my page back and I don’t want any smoke.) Khloé’s camp stating that the picture was uploaded without Khloé’s consent by an assistant, so she wanted it taken down. Some have suggested that because the picture wasn’t photoshopped and altered prior to posting, the Kardashian sister is insecure.

On Wednesday (April 7) evening, Khloe added fuel to the flames of this controversy by appearing on Instagram Live. She showed off her body from all angles and then posted the clips to her Instagram with a lengthy message about her “untouched and unfiltered” physique. She wrote that she has “every right to ask for” her photo “to not be shared” especially if it’s an image that has “bad lighting or doesn’t capture your body the way it is.”

Khloé also touched on the “constant ridicule and judgment” she’s endured her “entire life” as the public expects her “be perfect and to meet other’s standards.” In the comments, her famous family members verbalized their support. Check it all out by swiping below. What do you guys think of this? I mean, I honestly don’t think the photo was bad at all, but at the same time, I’ve told friends I didn’t like a certain pic they were looking to post while they swore it looked fine. We’re all human.