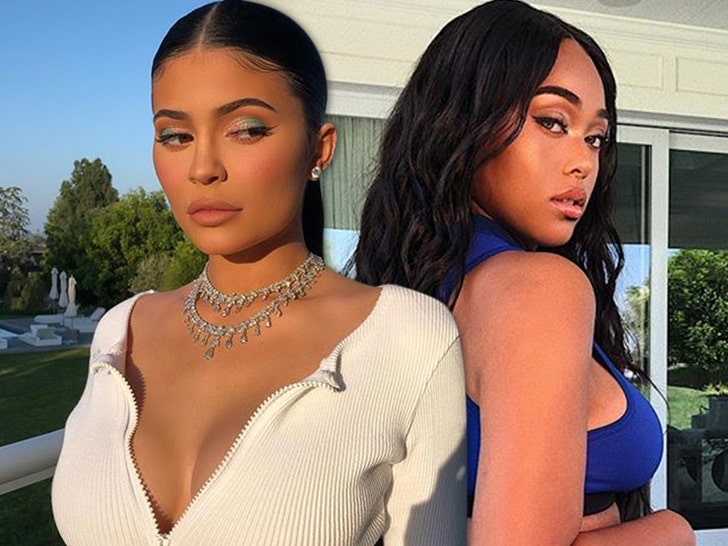 An inside source provides an update on Kylie Jenner’s outlook on the Woods-Thompson scandal one year later.

Even though she took a whole damn lie detector test (on a show produced by her family friends) to convince the public that she did not sleep with Tristan Thompson, Jordyn Woods is still not being granted re-entry to the Kardashian Queendom. We’re approaching a year since the Woods-Thompson scandal broke out – in case the anniversary date slipped your mind – and an update has just been provided on how Kylie Jenner is feeling about the situation after this passage of time. Jenner famously ditched Woods as a bestie after discovering that she hooked up with the NBA player, who was dating Jenner’s sister Khloe Kardashian at the time.

According to UsWeekly, Jenner has moved on to a new group of friends and reconciling with Woods doesn’t appear to be a priority for her at the moment. “Kylie has been doing well since her and Jordyn’s friendship ended,” an inside source told the publication. “She loves hanging with all her crew of girls now, including Stassie [Karanikolaou], Yris [Palmer] and Victoria [Villarroel]. They all just have a fun time together like any other close group of girlfriends. They laugh a lot and share similar interests and are supportive of one another. Kylie is very sweet and down to earth, and so are her friends.”

UsWeekly even got their hands on a second source that claimed Jenner’s decision to keep Woods at bay is heavily influenced by her family’s lingering distrust of her. “Kylie felt like she didn’t know what to do regarding her friendship with Jordyn after the scandal happened,” that source spilled. “She felt very stuck in the middle, but ultimately, [she and her family] are so close, and they suggested that Kylie stay away [from] Jordyn and had the mentality of, ‘Once a backstabber, always a backstabber.’ They felt that it was completely unacceptable. The situation didn’t just damage Kylie and Jordyn’s relationship, but it was a huge family ordeal.”

While now may not been the time to patch things up, Source #2 also suggested that Jenner may soften up and reach out to Woods in the future. “Kylie is such a lover, and she of course misses Jordyn at points, but she was more affected by the hurt that was inflicted upon her family versus her relationship with Jordyn directly. She was very conflicted initially, but after observing all the chaos across the board, she knew she had no choice to step away from the friendship.”

Woods seems to possess a similar outlook on the whole ordeal, as she explained to Cosmopolitan UK last July that she has hope for an eventual resolution. “I hope everything falls into place and that we can all grow and build our relationships with our family and God and come back together one day and be stronger and happier,” she said. “A lot of people can be around when things are good, but you don’t know who’s really around until things are bad.”

In the meantime, Woods also seems to be getting along just fine with her new group of celebrity friends, including certified “hot girls” Megan Thee Stallion and Lori Harvey.