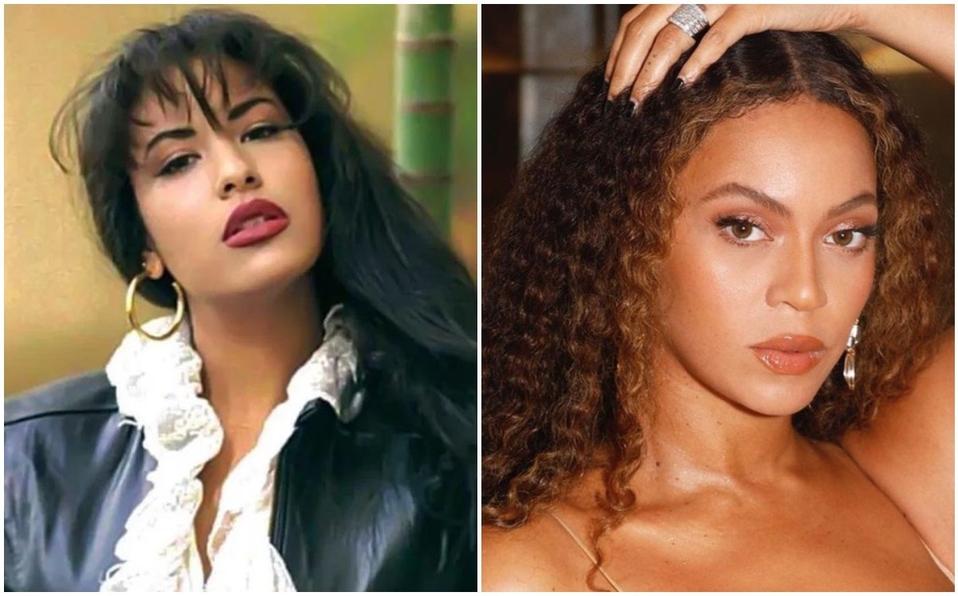 If you’re anything like me, when you saw this clip come across your desk you were screaming “Beyoncé?! Beyoncé?! Beyoncé?!” in your best Tiffany “New York” Pollard voice. Some people think it’s an unnescessary dramatization all for show, but Beyoncé has previously confirmed that the run-in actually occurred in the early 1990s.

A dramatized rendition of a real-life moment has social media buzzing. Selena: The Series is in its second season as the Netflix feature highlights late singer Selena Quintanilla-Pérez’s rise to fame and ultimately, the murder that shocked the world. The Texas-born Tejano singer was taking the music world by storm in the 1990s but in 1995, she was shot and killed by her friend and fan club president, Yolanda Saldívar.

On the sixth episode of the second season, a scene captivated the BeyHive after an actress portraying Beyoncé, Solange, and mother Tina Knowles was featured. The scene portrayed Beyoncé, a Texas native, at the mall with her family as she sees Selena and becomes star-struck.

Immediately, fans of both Selena and Beyoncé debated whether or not this was some made-up story because the two singers were from the same state, but a Google search quickly dispels any rumors. Beyoncé previously spoke about this in an old interview and detailed the story of being tongue-tied when she saw the singer.

“But I didn’t say much to Selena because I wasn’t a celebrity, and I just saw her and said ‘hello’ and kept it moving,” Beyoncé previously stated. “Definitely, growing up in Texas, I heard her on the radio and I think listening to her album, even though I didn’t know exactly what she was singing, it helped me in the studio with my pronunciation.”

“I think she is a legend and I admire her, and she was so talented. So, I’m very happy that—even though she didn’t know who I was. I’m still so excited that I got that opportunity.” Selena’s influence is still felt near and far. Now, the casting choices for Mama Tina, Bey, and Solange are choices that we will discuss later. Check out the clip, and the old interview of Beyoncé, below. Thoughts?

pause they wrote miss tina and childhood beyoncé into the selena script 😭 pic.twitter.com/O0Kuo5kthE