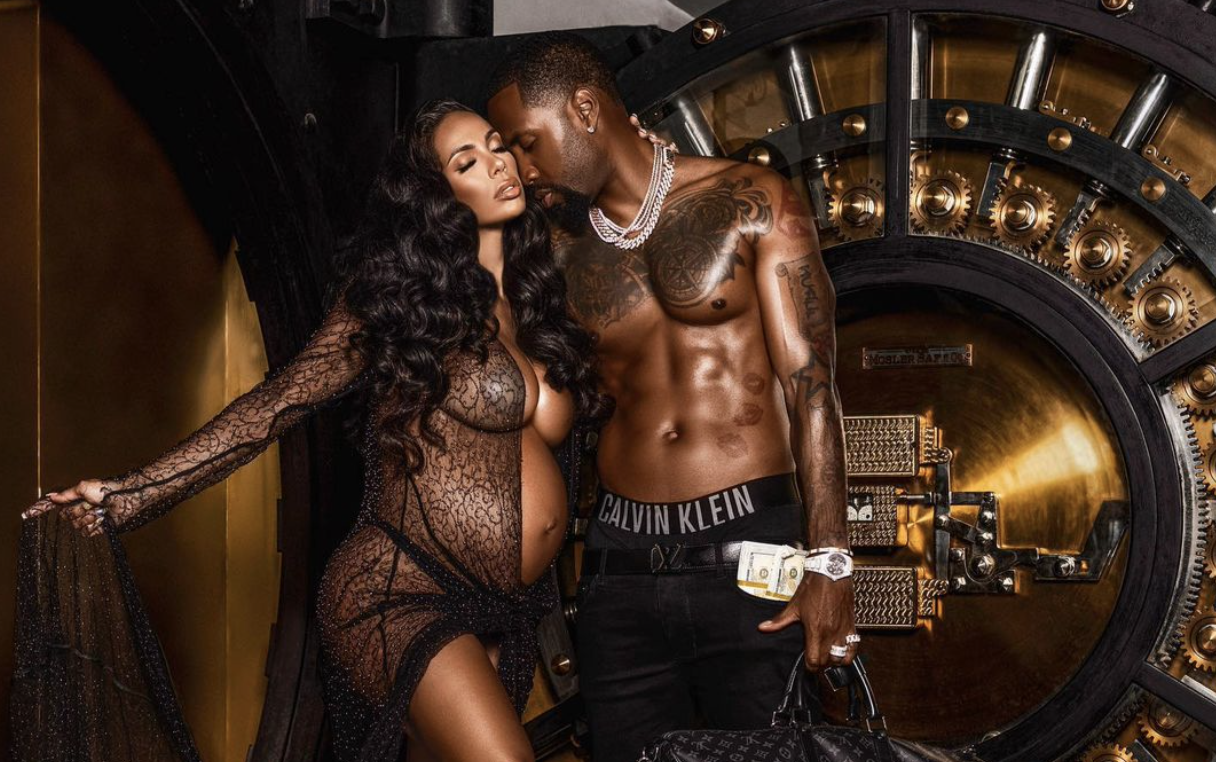 The status of their relationship seems permanently in question with their frequent social media spats..but perhaps with can now chalk that up to pregnancy hormones?

Congratulations are in order for Safaree Samuels and Erica Mena. The Love & Hip Hop couple is reportedly growing their blended family as they’ve officially announced that they are pregnant with Baby No. 2. Nearly a year and a half after welcoming their daughter Safire Majesty into the world, both reality stars shared the good news with a photo of a pregnant Mena standing next to a shirtless Safaree with stacks of cash under their feet.

“Safire got a new sibling [smiley face with halo emojis] New baby who dis ??” Safaree wrote in the caption.

He added, “[praying hands emoji] #2under2 time to get neutered [sideways crying laughing emoji] now I need a chef and a nanny.” On her page, Erica wrote, “More Life [sparkle emoji] Who wants that perfect love story anyway.” Their friends sent off loving congratulatory messages while others accused the couple of sharing images of their first pregnancy.

“You know people slow and they not gonna realize this is new from last week right,” Safaree commented on Erica’s post. His wife replied that she was “cracking up” at the comments. The couple had a few hiccups where they publicly called each other out on social media, with Mena even claiming that her husband was selfish and put himself before his family after he called marriage the worst decision he’d ever mad. It looks like they’ve kissed and made up.

Check out their post below. Congrats to the happy couple! Thoughts?