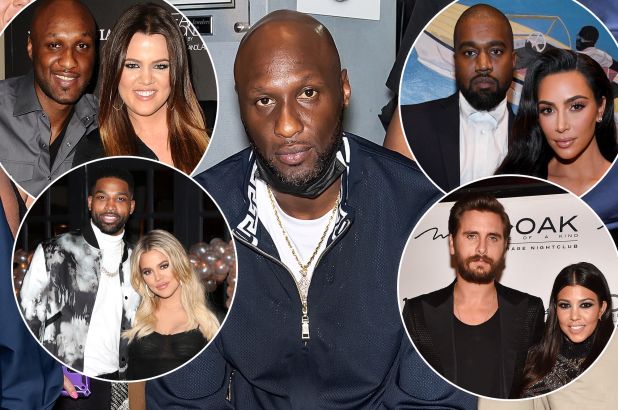 Lamar wants you to know any entry into the sunken pace…was because of his own actions. People really seem to have convinced themselves that men who come in contact with the women in the Kardashian-Jenner family are destined for ruin, but Odom thinks that’s nonsense.

Hey may have moved on to popping Karlie Redd’s tag (see previous story), His marriage to Khloé Kardashian may have ended years ago and his ties to the Kardashian-Jenners are things of the past, but Lamar Odom is sticking up for his former in-laws. The basketball icon has seen troublesome days, including his near-death experience in 2015. Odom suffered multiple heart attacks and strokes, and even then, Khloé rushed to be by her then-estranged husband’s side. In a recent interview with VladTV, Odom dispelled any talk of there being a “Kardashian Kurse” regarding men in the family’s life.

After Khloé filed for divorce in December 2013, Odom says he wanted to “give her what she wants” and didn’t contest the petition. Recently, he’s expressed regret over the demise of his marriage, and now he’s shutting down speculation that anything he experienced was because of the family he married into.

Vlad also asked about the “Kardashian Kurse,” a pop culture phenomenon that suggests any man who gets involved with the Kardashian-Jenner women is destined for downfall. Kanye West and Scott Disick were mentioned, but Odom thinks it’s a ridiculous concept.

“That’s stupidity because everybody goes through sh*t, you dumbasses,” said Odom. “If I had your family on tape and seen all the sh*t that your family’s going through, you’d be like, yo, this f*ckin’ family is crazy. See all the drug addicts, all the sex, all the…they shared they life with you. So, you see everything. Maybe it’s over-exposed, but people love it. The people that made them are the people that point the fingers. It’s kind of like, sickening, a little bit.”

He added that he’s still trying to wrap his head around the hate that the Kardashian-Jenner family receives. Watch the clip from Odom’s interview below.