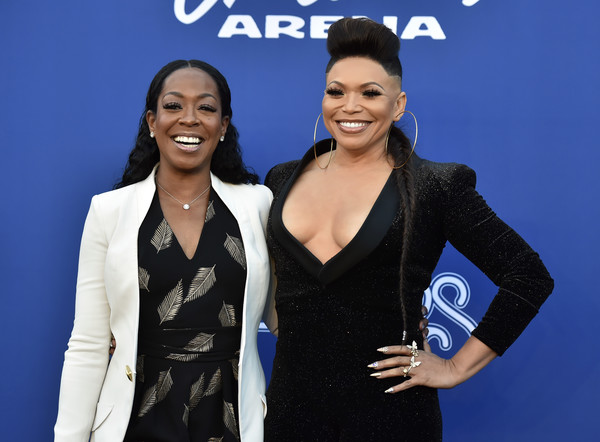 This is one classic television show that never gets on and honestly doesn’t need to be touched because it still hits the same.

It’s been 24 years since ‘Martin’ went off the air but thanks to the legendary sitcom being available on streaming services and in constant syndication, longtime fans and new ones alike are constantly reminiscing and revisiting their favorite moments from the show with some even requesting a reboot. The reason for wanting a reboot is not surprising. Let’s be honest, Hollywood is crazy on the reboot train lately and ‘Martin’ is arguably one of the best black sitcoms to hit television. Besides, the way the series ended didn’t necessarily provide closure for its fans.

Sexual harassment claims filed by Tisha Campbell against Martin Lawrence made for an unconventional fifth season. The two could not film together in the same scenes nor even be on set at the same time. As a result, the series finale did not feature the two together, nor did multiple episodes that aired prior. In fact, half of the final season centered on supporting characters in the show.

It was just a few short years ago that Campbell and Lawrence made peace, though Lawrence seemingly stands by his insistence that nothing inappropriate between him and Campbell ever took place. Campbell just seems to want to move forward, which is in the form of a reboot to give fans what they’ve long waited for. Reboot rumblings have been running rampant since the stars teased it when Campbell, Lawrence and Tichina Arnold all three appeared in photos together in 2018 after spending time together. They also appeared together, along with Carl Anthony Payne, at the ABFF Honors. However, on Friday during an interview with the Tamron Hall show, Campbell and her long-time BFF on and off the show Tichina Arnold let put the idea of a reboot to rest.

“It’s something that we wanted to happen,” Arnold, 51, began. She continued, “It’s something that we tried very hard for it to happen, but the way it looks to me, realistically, it’s not going to happen. Not unless it’s an animation.” “Tisha brought up a great idea to do animation of it,” Arnold added. “But I would say a show can never ever be rebooted without the original cast.”

“Now, we may be able to have a rebirth,” Arnold said and Campbell chimed in by adding, “Or a reunion.” Arnold, however, reiterated that the cast likely won’t do a reboot without Thomas Mikal Ford who play played Tommy having died in 2016. “Maybe, but as far as a reboot, I don’t think that’s going to happen,” she said. “Tommy is no longer with us.” Arnold added, “This show is never going to be the same, it’s never and some things are best left alone.”

I totally agree with them as far this needing to be left alone. Just let our classics be especially with someone who was a staple on the show like Tommy not being with us. I do however like the animated idea. What do you guys think? Peep the clip below: