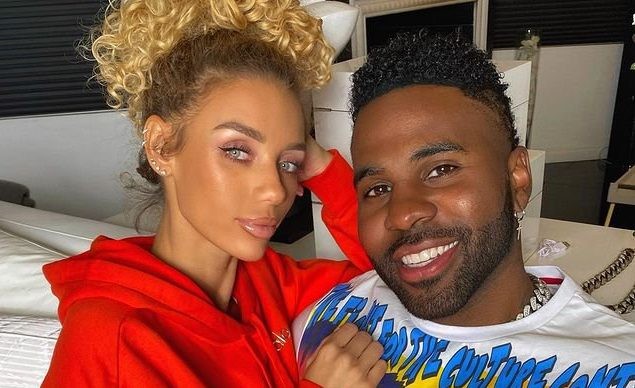 Did anyone wake up and say “I wonder what the status of Jason Derulo’s relationship is today?” Didn’t think so. Derulo announced this breakup while simaltaneously asking for privacy and I’m all types of confused because who really would have been checking for it prior to this announcement?

American vocalist Jason Derulo, 32, announced that he and girlfriend Jena Frumes have officially decided to go their separate ways. On Thursday, Derulo confirmed the breakup via Twitter, roughly four and a half months after the birth of their son Jason King. The two started dating in March 2020, just as the COVID-19 pandemic forced most of the world into lockdown, perhaps speeding up their relationship in the process.

Despite their whirlwind romance coming to an end, Derulo praised Jena, writing on Twitter, “Jena and I have decided to part ways. She is an amazing mother but we feel being apart at this time will allow us to be the best versions of ourselves and the best parents we could be.”

Jena and I have decided to part ways.
She is an amazing mother but we feel being apart at this time will allow us to be the best versions of ourselves and the best parents we could be. Pls respect our privacy in this time.

Hours after Derulo confirmed their break-up on Twitter, Jena Frumes took to social media in order to make a promise to their 4-month-old son, Jason King. Frumes, In an Instagram story where she is seen holding her son’s tiny hand, she wrote, “I promise to give you all the love I never had, you deserve the world baby boy.”

Fans of both Derulo and Frumes were shocked at the couple’s break-up, especially since Jena posted family photos and a special birthday post to Derulo days leading up to their split.

Frumes, 28, also shared a sweet post of her and Derulo in Lake Como, Italy just a week prior, with her caption reading, “Happiest right next to you.”

Things seemed to be all good just a week ago. However, given the sudden nature of their break-up, one has to wonder if their relationship has been on the rocks for some time.

Jason Derulo & Jena Frumes breaking up so suddenly after seeing all her recent lovely dovey Instagram pics in Italy & Aspen is a reminder that Instagram is not real. 👏🏽 😳 pic.twitter.com/lI2VnA9UIn

This comment under Shaderoom's post of Jason Derulo announcing that he and Jena Frumes are breaking up is the highlight of my can't-sleep hours. pic.twitter.com/hbUg7gcQL9