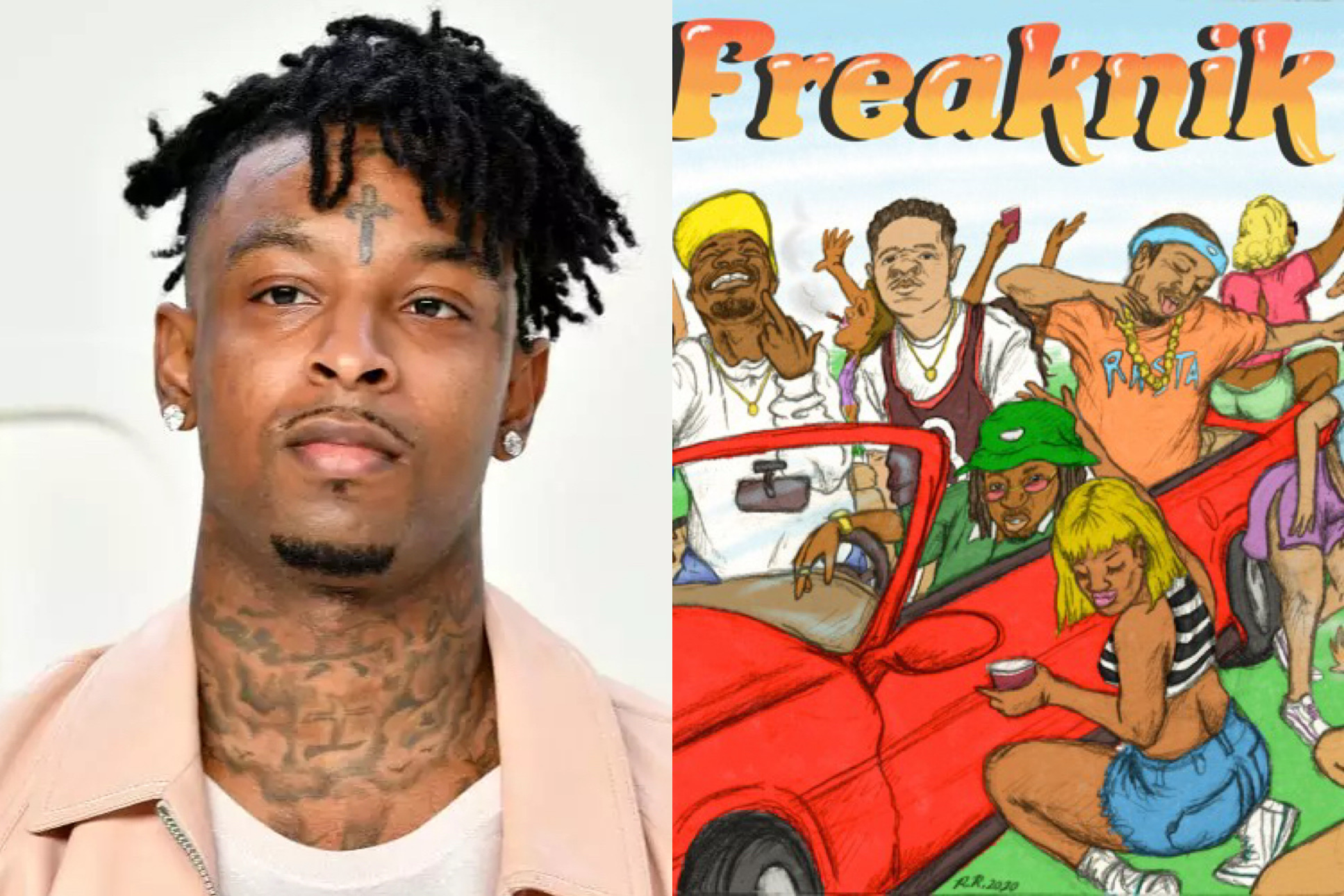 This is crazy, so should Disney, Marvel, etc start suing folks for having princess or superhero themed birthday events? Damn, folks are so money hungry these days we can’t even have themed birthday parties, apparently.

Imagine getting sued for having a themed birthday party… that’s what rapper 21 Savage and his manager Mega Meezy are going through right now.

Turning twenty-nine years old in style with a FreakNik-themed birthday party, 21 Savage looked to have a great time at his bash this weekend. However, he’s facing a lawsuit after FreakNik, which returned this year with another X-rated street party, threatened to sue him and his manager for failing to change the name of his FreakNik 21 event, which their organizers are saying was a rip-off.

“Saw @21savage and @megameezy #Freaknik21 last night at @underground_atlanta and looked like a super dope event,” wrote the official FreakNik page on social media. “Sucks we gonna have to sue them when all we asked that they acknowledged us since it was a free event and they declined.

Spending over a million to revive a brand, fighting negative public perception and proving we can do it 2 years with no issues, comes at a cost. We can’t let others just infringe on that. So know when you hear them talk about the suit after we file it, know that we tried to work it out very easily beforehand.”

A few hours after making the initial threats to sue, 21 Savage responded to FreakNik on Twitter, saying, “Y’all better sit down somewhere.”

The festival wasn’t happy with the rapper’s response, doubling down on him. They shared a copy of the trademark filing, as well as a text message thread with Savage’s manager, where he promised to change the name of the event, which he failed to do.

“We didn’t just wake up one day as the FreakNik Team and say, man we gonna spend all this money booking artists, advertising, fighting lawsuits from people trying to stop us, and spending over a million to revive the #Freaknik Brand in #Atlanta just because we felt it was something cool to do,” they said. “Now can we stop everyone who does a themed, concert, party, or sell Freaknik merchandise? YES we can. But it would take millions to go after everyone. For the people big enough to make it worthwhile, we could be on some money shakedown ish, but we not even tripping.

We saw @saweetie event earlier this year and thought it was dope…we learned about it afterwards too and she didn’t promote it in Atlanta. We saw @quavohuncho and @yungmiami305 and we love it, but haven’t decided what we want to do. But @21savage and @megameezy event was another level. Super dope also so congrats to @mshannahkang for the dope layout, but that event was a smack in our face to all the hardwork we put in. We said we will give you license for FREE and was gonna ask to make sure it has a nonprofit presence there. They said no…I didn’t want this smoke…again we said “man put on for the city just acknowledge us and we will give you the license FREE.” Meezy said he would just change the name. He didnt…

…and here we are. Damn why black folks gotta fight all the time instead of working together.”

What do you think of all this? Do you think 21 Savage and his team should have cleared this with FreakNik, or is it extra to be suing over a private birthday party? Peep the receipts below: