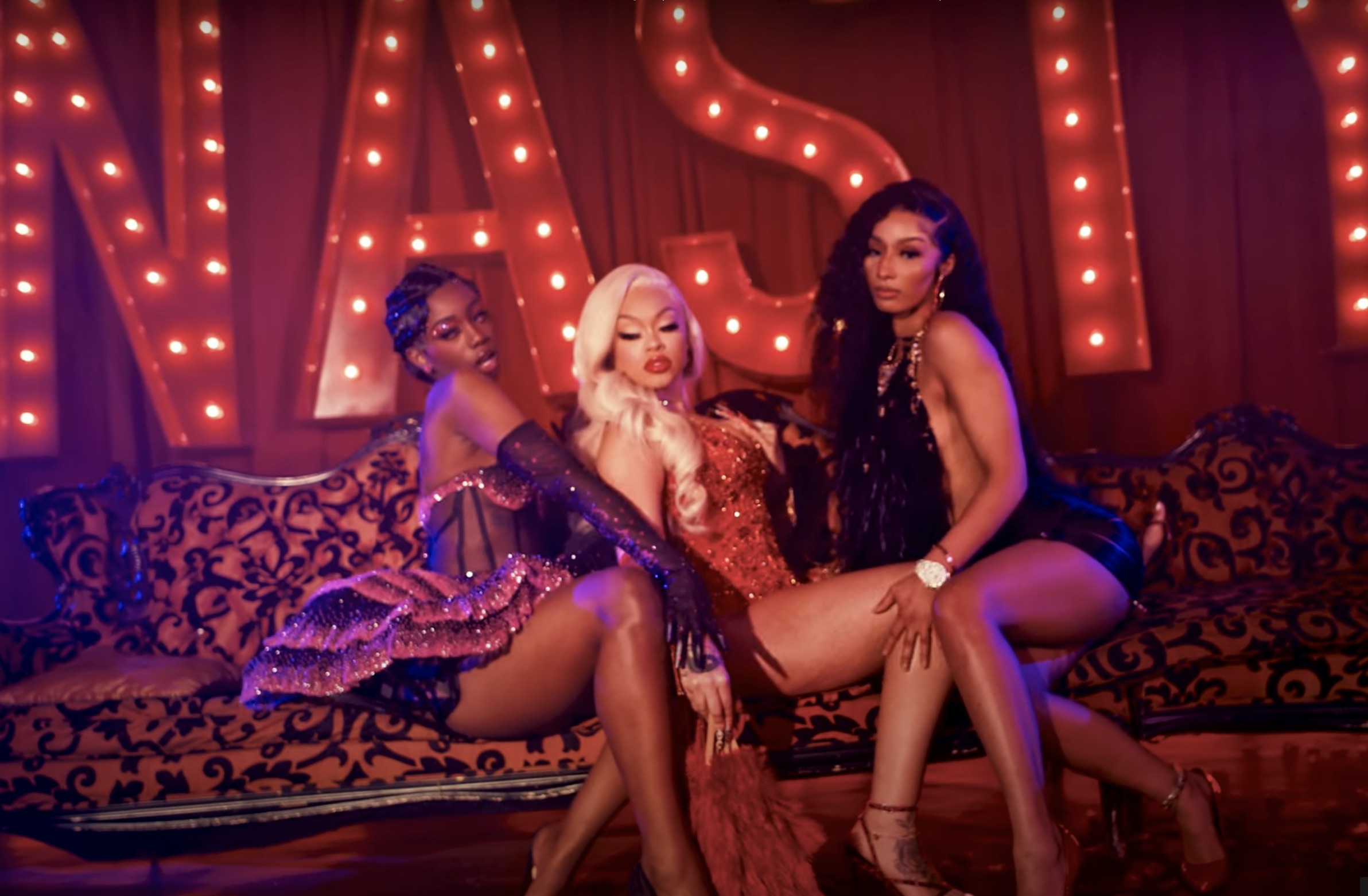 It it a ladies night anthem or just a “meh” girls night out?

Atlanta rapper Rich The Kid‘s new “Nasty” music video is all about eye candy and women in hip hop. The hip-hop star has hit the green light on his latest visual which gives all the attention to rising rap artists Mulatto, Flo Milli and Rubi Rose.

The “Nasty” music video lives up to its name, as it features a vast number of sexy women, including the leading ladies, throughout its 4:23-runtime. Directed by Teyana “Spike Tey” Taylor, the video begins with a humorous intro from Rich, who stares intently while listening to a long voicemail spoken in Spanish, only to randomly respond with “Let’s make it nasty.”

From there, the video does just that. Mulatto leads the way in a red pasty and skeletal bodysuit combination, Flo Milli performs her verse in a Black fluffy cocktail dress, and Rubi Rose appears topless with a scarf that’s visually similar to Flo Milli’s dress from revealing anything too risqué. In simple terms, this probably isn’t something that you should play at work.

The video concludes with the four artists walking away from a white van in slow motion as it explodes into flames behind them. However you feel about the “Nasty” song, you can’t say the video isn’t cinematic. Take a look below and let us know what you think. ISSA BOP OR ISSA FLOP?