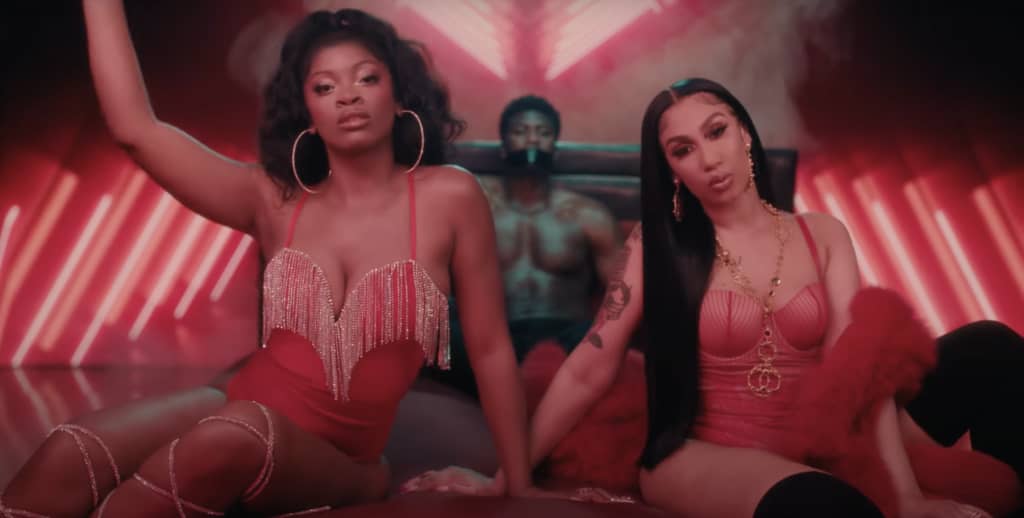 Ari and Queen are channeling ‘Boy is Mine’ vibes with a twist.

Songbird Queen Naija is keeping the spotlight on her ‘Misunderstood’ album by sharing a re-release ‘Misunderstood…Still,’ and she stirs things up with her new collaboration with Ari Lennox, “Set Him Up.” The sultry single sonically comes across as a sexy tale but if you pay close attention, the ladies are trading information. Apparently, they’re dealing with the same man so they’re conspiring to “Set Him Up” to catch him in the act.

Now, we get to see the drama unfold as the official video for the track has premiered. Directed by Val Vega, the clip begins with the artists in their respective bedroom, gushing about their respective partners. Over time, the similarities become too evident, and — once the truth is figured out — they end the video by tying up their shared ol’ boy up in the bedroom and proceed to pay him it doesn’t pay to cheat.

News of this single caused controversy after a few of Ari Lennox’s fans took issue with Queen Naija’s alleged colorism takes years ago in a viral YouTube video. Queen has long since apologized for her remarks but with each new release, the scandal rears its ugly head. Regardless, Queen and Ari’s vocals beautifully complement each other.

Quotable Lyrics:
He grabbed me by my waist, threw my panties on the floor
He ate it like a cake then we broke the headboard
Love the way he smell when he wear that Tom Ford
Hit it so good, had me beggin’ for some more