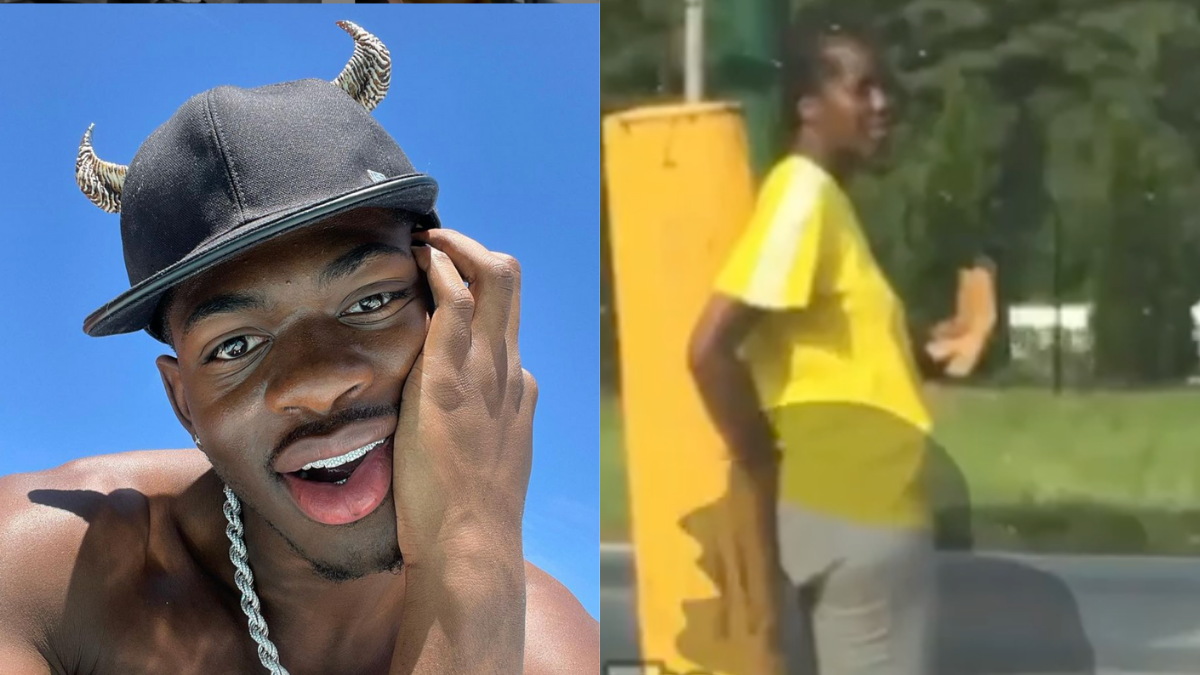 I think what some people fail to realize regardless of how bad you want to help a loved one who struggles with addiction, they have to want it as well. Lil Nas X has been catching a lot of heat recently after many accused him of “abandoning” his mother after a viral video surfaced of her begging for money on the street.

Although he’s recently been criticized for not helping his mother after a video of her went viral, Lil Nas X has spoken about the struggles that she faces. In an interview back in January 2020, Lil Nas X told Variety that while he doesn’t have the “closest relationship” with his mom, he still loves and supports her through her addiction.

“I never really talk about my mom. She’s an addict so we don’t have the closest relationship,” said the “MONTERO” artist. “Even trying to get her better — things didn’t quite work out. But there’s still love… The biggest surprise of becoming globally famous? On the outside, everybody loves you — but on the inside, everything [feels] the same.”

The conversation resurfaced earlier this week after the fan-posted video allegedly shows Lil Nas X’s mother begging for money to buy food in Atlanta, Georgia. “This is @lilnasx mom holding a feed me sign,” wrote the fan. Many have been calling out the 22-year-old multi-platinum artist and making assumptions about his relationship with his mother, which he has openly discussed in the past. He claims that he attempted to help her, but to no avail.

On Thursday (April 15), Lil Nas X’s father came forward to speak up for his famous son. According to dad, X can’t be blamed for his mother’s choices and everyone in their family is doing the best they can to help the singer’s mother during this time.

“Despite what people say @lilnasx is the greatest kid a parent can be BLESSED with. Although his mom is in a struggle with an addiction she’s STILL a QUEEN and he goes through great lengths to make sure we’re taking care of,” he wrote. “Those who have family members and friends dealing with addiction understands that there ain’t enough money you can throw at this situation to make it right. I dont usually address personal issues publicly but felt like this need to be.”

“Please join us in keeping her in your PRAYERS. And to those out there trying to create a false story you wont prosper.” Check out his post below along with a few reactions and let us know what you think of all of this.

That Lil Nas X story kinda triggered me. My mother has suffered with addiction my whole life, and there’s nothing you can do to help them until they want help. It’s not as simple as having money, all that’s gonna do is fuel the addiction. To place blame on him is gross.

People are trying to drag Lil Nas X for his mother still being in the streets.. SMH, addiction is REAL and if that person doesn’t want your help after you’ve tried many times then you just have to leave it up to GOD. 🥺

you can’t make an addict stop doing drugs. Lil Nas X probably put his mother in how many rehabs. to hold a child responsible for their parents simply because they are wealthy thats fucked up.

So instead of giving that woman something to eat, you took the time to record her so Lil Nas X can get dragged? My mother was a drug addict to and you can’t help them if they don’t want it for themselves. This wasn’t even right and I hate blogs that post this shyt https://t.co/UN2pid2Evu

Lil Nas X a millionaire and his Mother is homeless. This nigga really is the devil.

Wow! This worthless piece of shit won't even help his own mother but will worship satan instead. This the type of self-hating coon that is cherished & loved by the racist white nationalist terrorist groups….SMHhttps://t.co/hxJoaX906Y