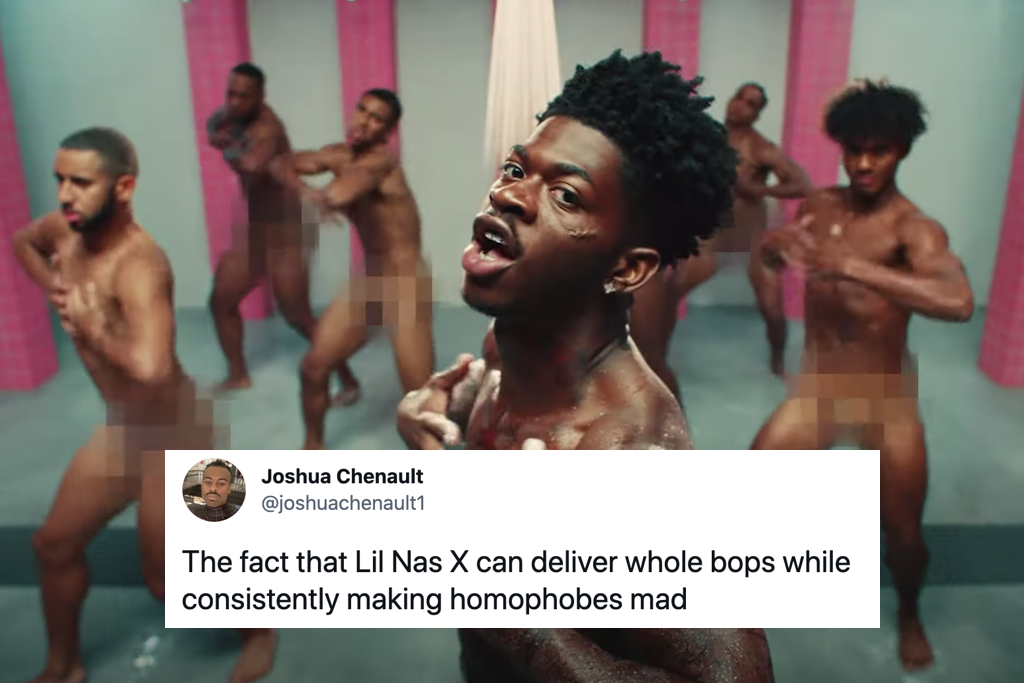 Nas is doing what he does best, getting his critics in their feelings with bussy flying everywhere in his latest video.

Lil Nas X decided to put his acting skills on display in his latest music video. Earlier this week, he let it be known that the music video for his latest single “Industry Baby” wasn’t made for the faint of heart—an announcement that he hoped would sway critics from complaining about inappropriate content. Flipping a controversy and negative news coverage on its head,”Industry Baby” features him satirically being imprisoned for selling his infamous satan shoes and of course you know Twitter is in shambles over this video.

He also leans more to the Rap arena this time around and flexes his accomplishments including his Grammys and RIAA certifications. Lil Nas X sets the scene of his “Industry Baby” visual behind bars where he doesn’t skimp at making references to his sexuality, including the fully nude dance scene in the shower.

Whether it be the one-liners in court, the shower scene, the MEN, or just enjoying watching Lil Nas X flip what straight men have done with women in their videos for years, there is A LOT to talk about here.

“I already knew this song was going to be very much a rap heavy song,” Nas told Apple Music. “And I felt like I knew who’s going to listen to this. So let me make sure I’m doubling down because a lot of people have been saying, ‘Oh, well I like his music, but he’s sus sometimes.’ It was like, ‘No,’ like this is literally… This is me. This is me moving forward. That wasn’t a moment. I’m not really trying to make sure any audience that’s listening to my music is comfortable. I am going to do me.”

Quotable Lyrics:
Need to get this album done
Need a couple number ones
Need a plaque on every song
Need me like one with Nicki now
Tell a rap n*gga I don’t see ya, hah
I’m a pop n*gga like Bieber, hah
I don’t f*ck b*tches, I’m queer, hah
But these n*ggas b*tches like Madea

Take a look at the video for “Industry Baby” below and let us know what you think. ISSA BOP OR ISSA FLOP?