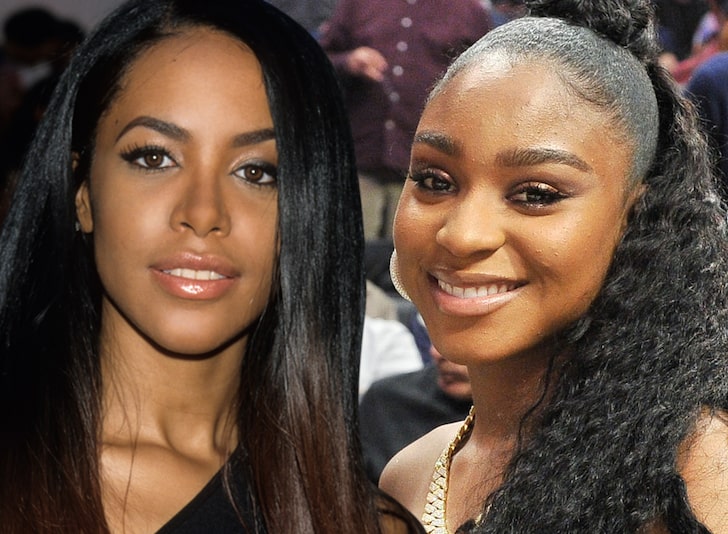 The only topics we really need to see Uncle Barry speaking on is when he’s going to do what he can to get baby girl’s music on streaming, but this is still dope to see as well.

Real recognize real. Normani and Cardi B slayed on the former Fifth Harmony singer’s newest solo single, “Wild Side,” which was released last Friday (July 16). The track is an undeniable vibey bop and it’s also an exciting new direction for Normani, who has previously cited R&B icons like Aaliyah and Beyoncé as some of her greatest musical inspirations. So it’s no surprise her latest song pays homage to the late “At Your Best” singer, whose family is already hip to the track. Despite how some shady blogs are trying to spin it, you’ll be happy to hear that Aaliyah’s uncle’s reaction to Normani sampling his niece on “Wild Side” is anything but shade.

“Wild Side” has been the talk of the town lately, and for good reason. The song has just about everything: a moody vibe, a fire verse from our girl Cardi B, and a music video that people just can’t stop watching and imitating. But many fans speculated that’s not all “Wild Side” has — many pointed out that the track seemed to feature a sample from the Aaliyah’s 1996 hit, “One in a Million,” and Aaliyah’s long-time producer Timbaland even gave his stamp of approval calling the track “hard” and congratulation Normani and Bardi on successfully delivering on the record.

In light of all the speculation, an attorney for Aaliyah’s record label, Blackground, told the folks over at TMZ that “Wild Side” does, in fact, sample “One in a Million” — the sample just wasn’t cleared for use (which Normani’s team later noted that there is no direct sample, the track just seems to capture some inspiration.) Still, Aaliyah’s family is OK with the way Normani flipped the song, which is relieving AF. On July 20, Blackground co-founder Barry Hankerson, the singer’s uncle and catalog manager, said he thinks his niece would have stood behind “Wild Side.”

“I believe that Aaliyah would be very supportive of a young Black woman that chose to emulate her music and style,” Hankerson said. “I will not stand in the way of something that brings to light the incredible staying power of Aaliyah. So in that light, wishing Normani well with the song and [her] overall career. God bless. I think Aaliyah would be pleased.”

Although I think we’re all side-eyeing Uncle Barry talking about anything but releasing that catalogue, I do agree with him that Aaliyah was always supportive of other women in the industry and it’s honestly dope to see her influence on artists today. Thoughts?