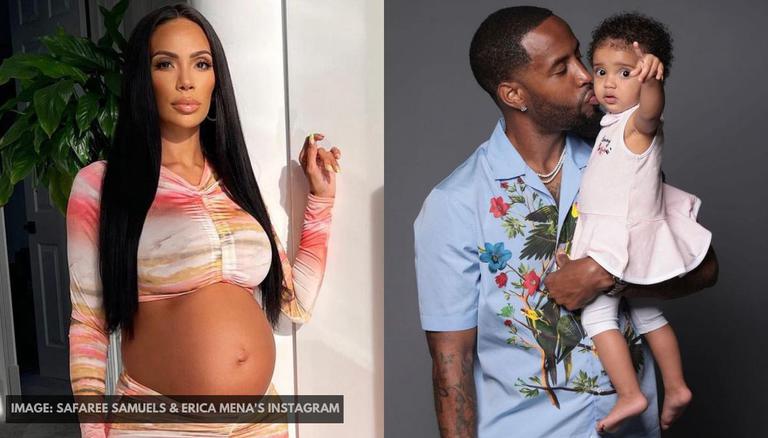 Watching last night’s episode of ‘Love & Hip Hop: Atlanta’ was all types of cringe when it came to Erica and Safaree.

Safaree Samuels has been accused by his estranged wife Erica Mena of neglecting her and their newborn baby, leaving town to go party in Miami as their child stayed in the NICU for the first days of their life. Judging from Safaree’s reaction upon hearing that he was having another baby with his wife, which aired during last night’s episode of Love & Hip Hop: Atlanta, it shouldn’t be too surprising that the reality star has been paying little attention to his newborn.

On Monday’s episode of the show, Safaree learned that Erica Mena was twenty-three weeks pregnant with their child. Erica showed her husband an ultrasound on her phone before he looked up with a blank expression, asking her straight-up if she was pregnant. “We’re pregnant,” she corrected him before Safaree looked to be visibly distraught over the news. It took him a while to say anything meaningful before he opened up and complained that he didn’t want to have another baby…something he probably should’ve thought of before he slid his man meat in her without strapping up, pulling out, or one of them taking some sort of preventative.

Erica has been bouncing back from her pregnancy after giving birth, with some added drama of course, but she appears to be entering a new stage in her life, filing for divorce from Safaree (can you blame her after watching this video?) and becoming a single co-parent to their two children.

Hopefully, Safaree takes care of his babies. One of the most cringeworthy things during the episode of was scared Erica was to tell her husband that she was having their child. Like, this was her HUSBAND. Then, Safaree’s reaction and lack of accountability as if he had nothing to do with bringing this child into the picture was absolutely mind-blowing to watch from an adult. Even if he wasn’t happy or felt they weren’t ready for another child, support and uplift your pregnant wife, man. You both did this. Watch the clip below and let us know what you think of this situation.

I fucking hate Safaree for having me sitting here feeling terrible for Erica Mena. Really got me here saying “Erica Mena deserves better”. I hate this man. https://t.co/UadNSIckFz

If Safaree and Erica Mena’s storyline is real, that’s so sad. I feel like so many women go through this after having kids with a man. He seems completely uninterested in loving her intentionally.

Let me go ahead and mute Safaree and Erica Mena

Erica Mena didnt tell Safaree she was pregnant until she was 23 weeks?? Do they live together