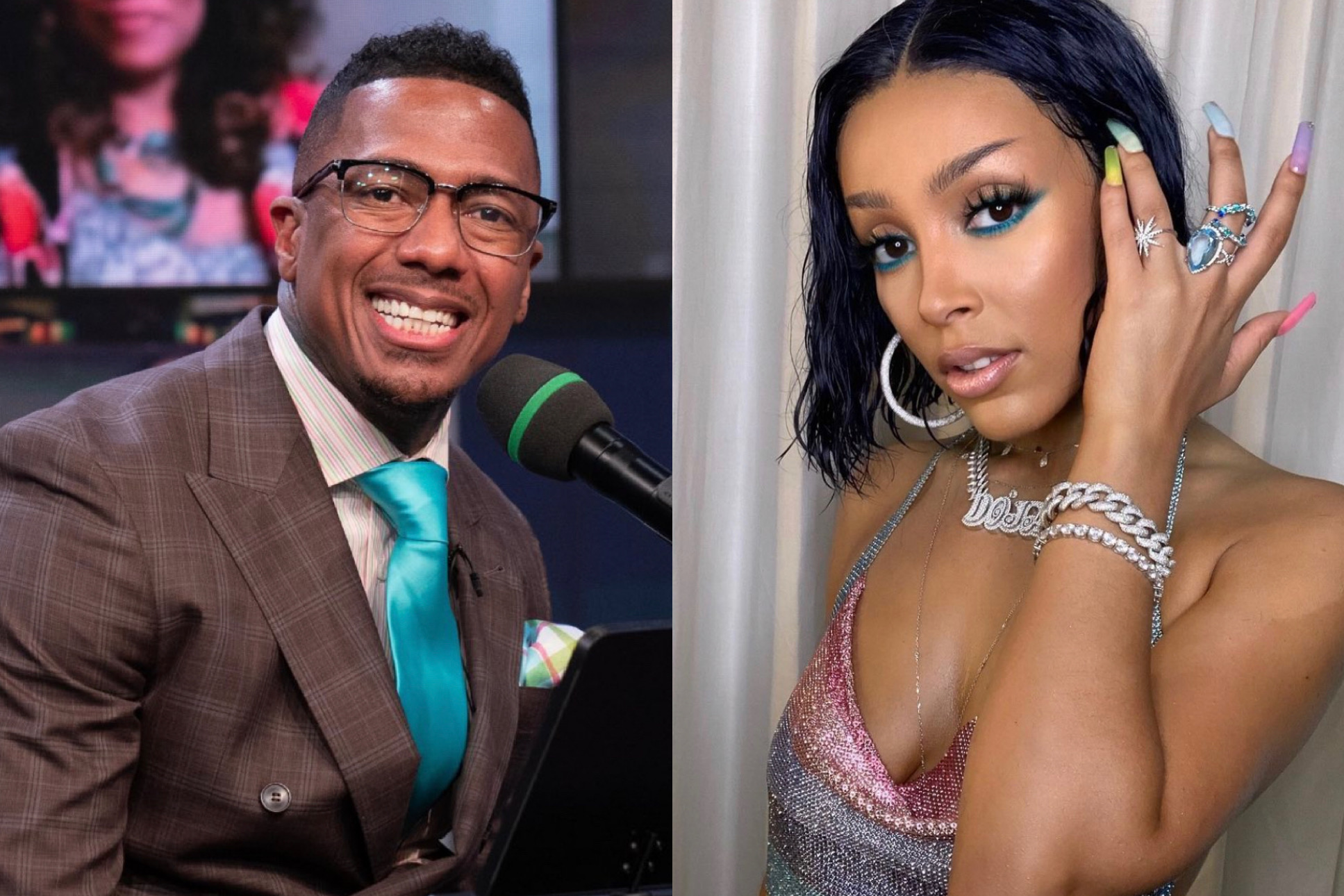 Doja apparently wasn’t here for Cannon’s style of interviewing and deciding to discuss cancel culture and a few other topics rather than her new album.

Doja Cat was seemingly less than impressed after her interview with Nick Cannon for Power 106 FM Los Angeles was released on Monday morning. Doja likely went on the show to promote her newest album, however many felt Nick didn’t really touch on Doja’s artistry at all, skipping questions surrounding her new project.

Instead, for thirty minutes the two chatted about cancel culture, Doja’s lack of in-person interviews, and her top five artists. Nick even opened up the interview with an uncomfortable joke about his recent headlines asking Doja, “I don’t know if you got the mask on and way over there cause you trying to not get pregnant by me is that what it is?”

Watching the star’s body language in the interview suggests the subsequent shade is actually not that surprising. Doja often gazed away from the camera, avoiding eye contact, by staring at her wall and playing with her cat, while Nick shared his lengthy views on the various topics.

The two closed the interview with fun farewells and “I love you’s,” but shortly after the interview was released on Youtube, the star tweeted, “If you’re gonna interview musicians try to ask them about their music.”

Doja’s intense fandom was quick to uncover what the tweet was referring to and began to call out Cannon for his behavior by tagging him in the comments under the tweet. Cannon has yet to respond to Doja’s shade.

Do you think Doja was in the right? Check on the interview in question below, and then let us know in the comments. As a media personality myself, I think it’s important to give context and have conversations to allow viewers to get into who the artist is..but it’s also important to discuss the project they’re there to promote. Thoughts?

If you’re gonna interview musicians try to ask them about their music.

.@DojaCat has a new interview with @NickCannon discussing various & some random topics. pic.twitter.com/yXllDpQRXv

nick cannon radio's interview with doja cat was so frustrating, asking her about why her looks were underwhelming in the interview and then flirting with her. didn't even ask about her new album or her music

nick cannon fertile ass sat there asking doja everything but questions on her album…then had the nerve to ask do she got a mask on so he cant impregnate her through the screen…like??? oh?? https://t.co/d7FPSXmCDj