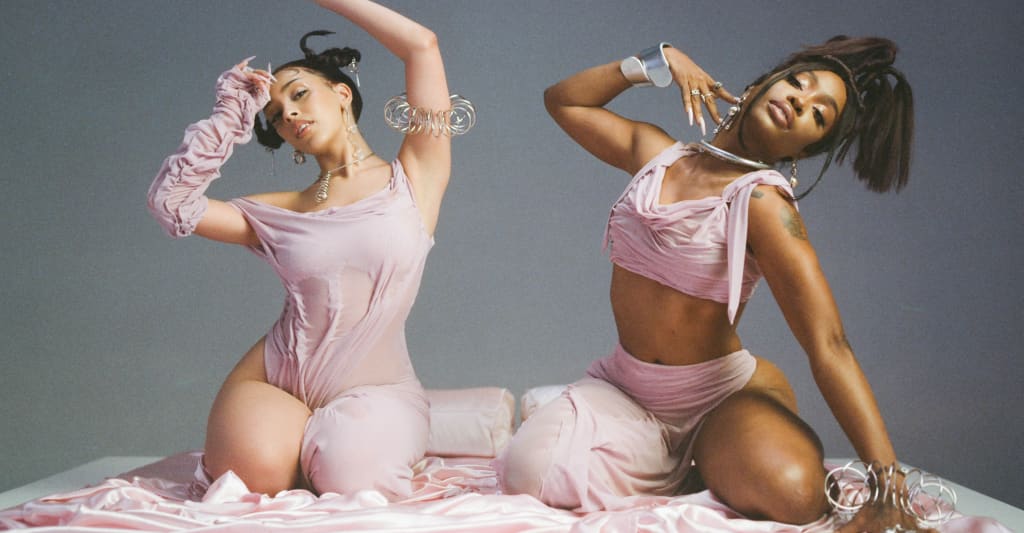 This poppy little tune definitely may receive the ‘Say So’ treatment with TikTok and radio.

Last month, SZA sat down with Doja Cat to interview the Hot Pink star for V Magazine. Inside, SZA praised Doja’s eclectic pop style and stated that she believes Cat was on her way to becoming the next Britney Spears. Doja has been carefully preparing for her forthcoming album P’lanet Her’ and while she wouldn’t detail the features on the record, where she did give a little bit of a hint of what’s to come.

Now, the two team up with on “Kiss Me More,” the first single off her upcoming album Planet Her. The groovy mid-tempo little number, produced by Yeti Beats, finds Doja reminiscing about young love and is very reminiscent of the style of her breakout hit, ‘Say So.’ “Can you kiss me more? / We’re so young, boy, we ain’t got nothin’ to lose,” she sings, while SZA snaps on her rap-sung verse: “Fu**in’ with you feel like jail, ni**a / I can’t even exhale, ni**a.”

Along with the song, Doja invites fans into the futuristic world of Planet Her in the epic music video, directed by Warren Fu (The Weeknd) and starring Alex Landi (“Grey’s Anatomy”). Speaking with Apple Music, Doja revealed that she first met SZA at an American Apparel six years ago. “I then made the song and I made it in the spirit of her,” she said. “I just thought of her. And it just felt right. This beat felt right. I love hearing her on uptempo stuff. She did the Maroon 5 song [‘What Lovers Do’] that I was obsessed with. And then, yeah, it was just like, ‘Why is this not a conversation? We’re putting her on there, right now. We’re doing it.’ And she killed it.”

Take a look at Doja and SZA’s “Kiss Me More” below and let us know what you think. ISSA BOP OR ISSA FLOP?