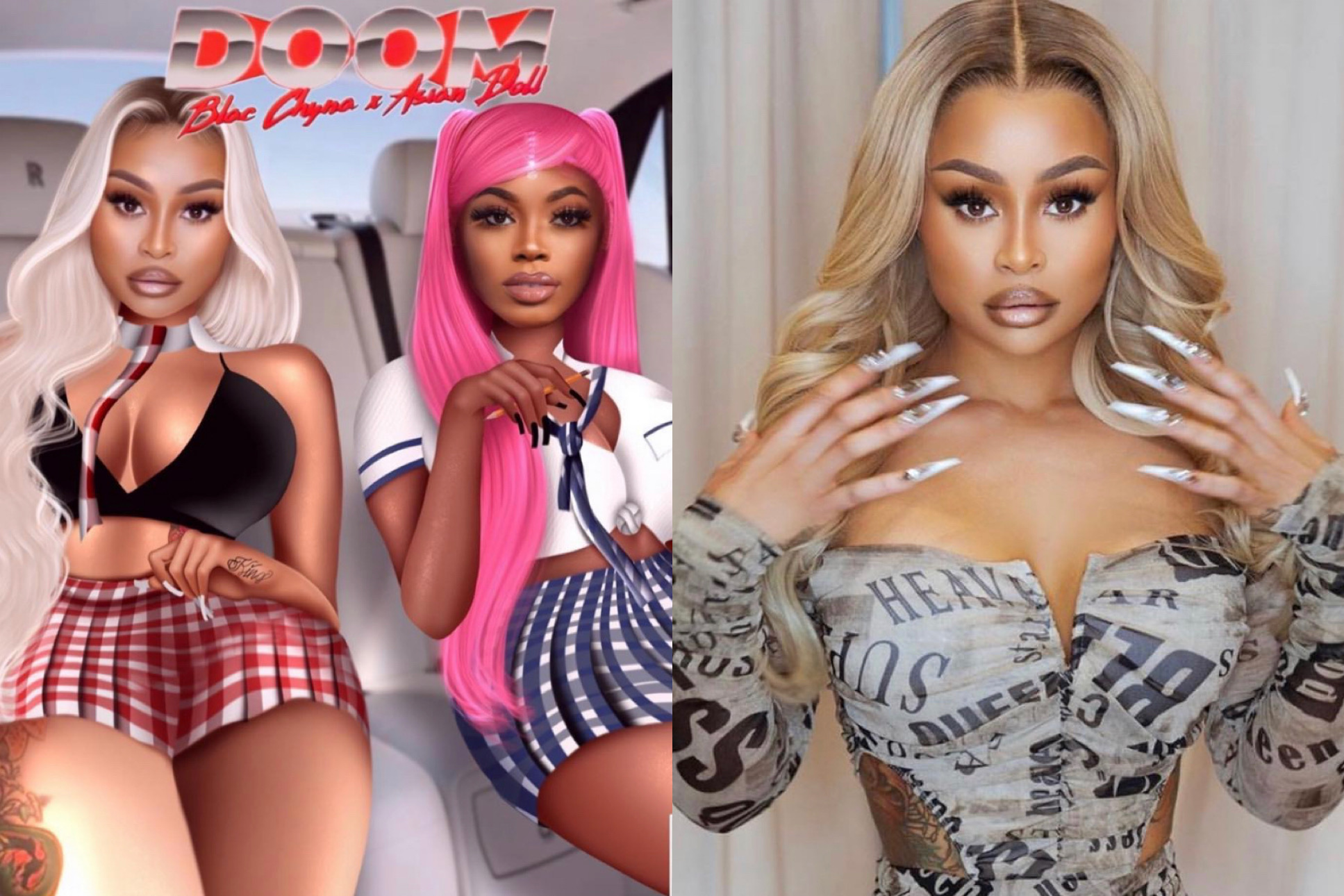 There’s something to be admired about Chyna’s determination if anything because she’s still attempting to throw music at the wall and hoping something sticks.

Blac Chyna has certainly made her mark on the hip-hop community more so with her vagina over the years, however Dream Kardashian’s mother has been focused on making a mark with music of her own as of late. She started out with “Seen Her,” which really didn’t do anything, followed by some song with Trippie Redd that I don’t even really remember. Now, she’s hoping her next effort is the one to make some noise and she’s bringing Asian Doll along for the ride, with her new single “Doom.”

The song’s glitchy production is definitely highlight, and while Asian Doll’s verse is expectedly fire, Chyna actually comes through with some impressive rhymes of her own compared to what we’ve heard from her in the past, so I’m pleasantly surprised. “DOOM” finds Chyna stating that if she wasn’t the topic of conversation, she’d probably hate her to, making for a pretty catchy hook.

Quotable Lyrics:
He call me his baby, his Lil Boosie, I’m like, “Wipe me down”
As soon as I say, “Do it”, he get to it, I’m excited now
Foreign in it sitting in six digits how we ride around
Money all that talk don’t make a sound, Broke hoe quiet down

“DOOM” marks the latest development in Blac Chyna’s forray into music, so how are you feeling about her latest single? I’ll admit it’s much better.