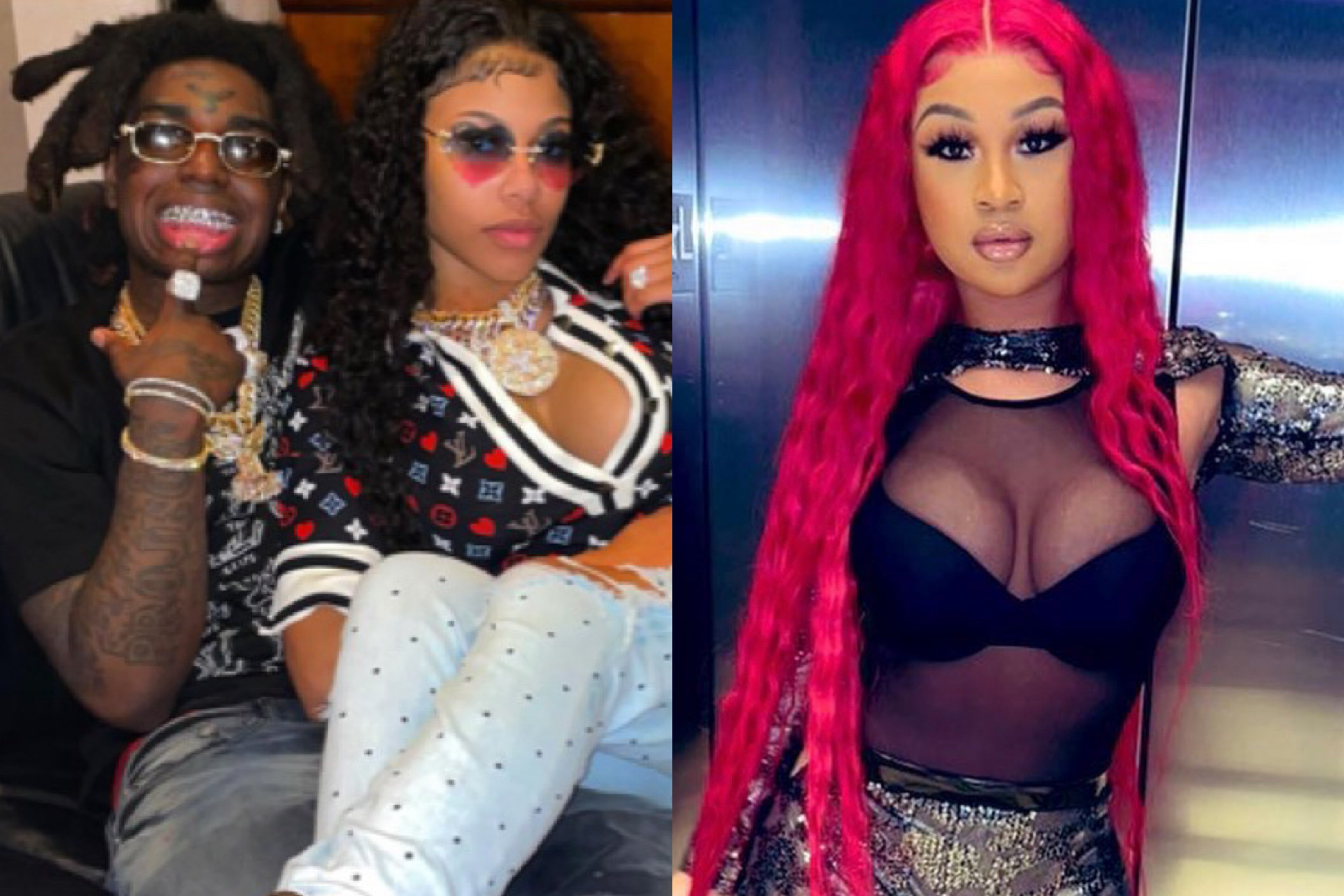 Well, it looks like Kodak was spitting jail talk to more than one chick before he came home.

Kodak Black has only been out of prison for a few weeks but already, he’s released two new singles, a collaborative track with Lil Yachty, and that’s all on top of his alleged engagement to rapper Mellow Rackz. Appearing to have popped the question to Mellow who has been referring to herself as Mrs. Kapri, Kodak now has another woman to worry about, seemingly getting close to another lady that is calling him out following his alleged engagement.

Another rapper, Rynaee Trill, is claiming that she’s been involved with Kodak for the last three years, sharing text messages that appear to prove her point. “I was just at his house in Florida,” she commented on a picture of Yak with his alleged fiancée Mellow Rackz. She also posted pictures of her tattoos, which rep Sniper Gang hard. Trill seemingly has a cartoon character of the rapper spreading his cash on her back, as well as the SG logo. “Been my n***a fr,” she wrote.

Rynaee and Kodak appear to have never been public. For what it’s worth, the rapper was serenading JT of the City Girls for Valentine’s Day, so maybe he doesn’t care about either of the two women coming forward.

We’ll keep you posted on the ongoing saga developing in Kodak’s love life. I think the most shocking thing about this is simply that anyone is actually fighting over Kodak. Must be they money, because….